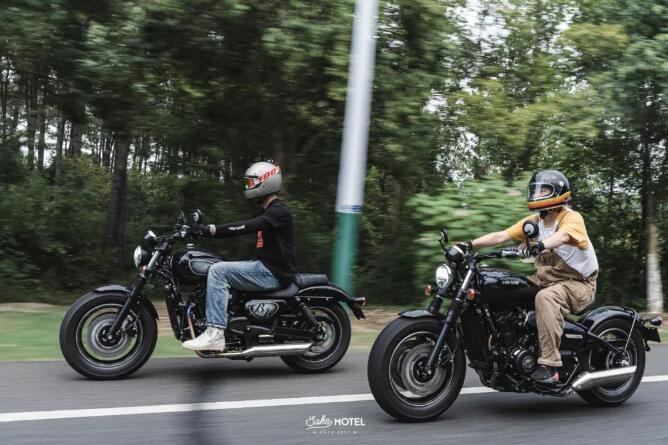 The so-called modern retro, it is bound to have the blessing of modern technology. In recent years, foreign locomotive manufacturers have constantly developed their own specialty models and developed a variety of modern retro styles. Of course, this sweet cake is also a hot spot for domestic manufacturers. 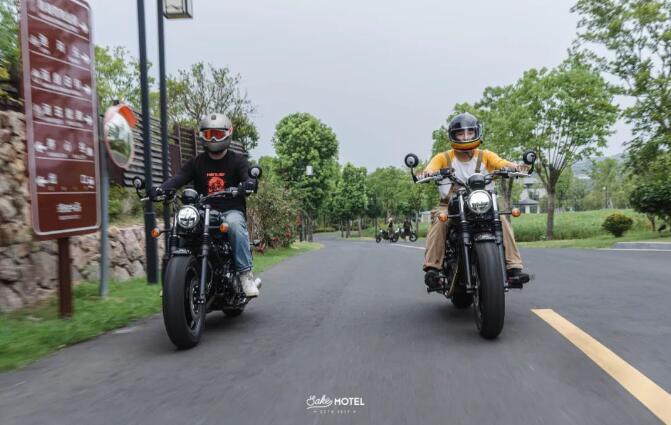 This new car released by Hanwei is a typical modern retro BOBBER. From the appearance, we can see that there are some triumphal bobbers in its design. The other B50 is a two seater model, with some Indian branding on its appearance. 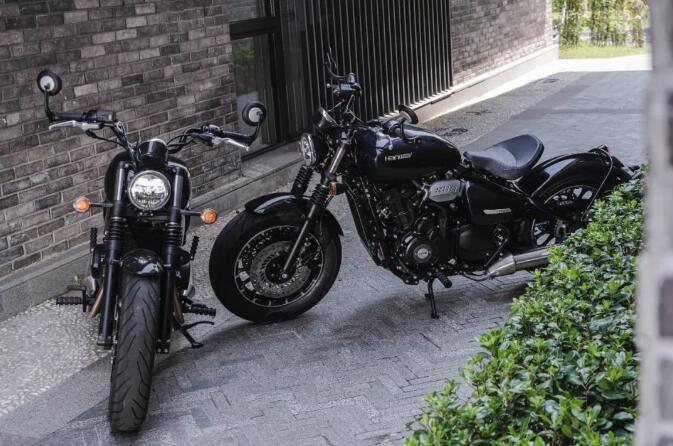 It almost has the basic elements necessary for the bobber style. For example, the classic double bassinet A-frame, of course, the modern retro bob adopts the design of soft tail mid mounted shock absorption, and the classic wide cushion and round fuel tank, which are well handled in style with the upper swallow handle. 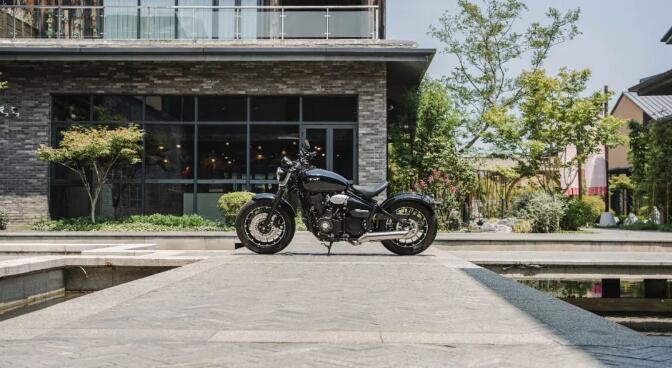 The appearance is very similar to the two imported cars, so it conforms to the style and positioning. There are no major problems. But just learning to imitate the appearance can not bring success to a model in the market. Only with its own unique design and advantages can it decide the outcome. 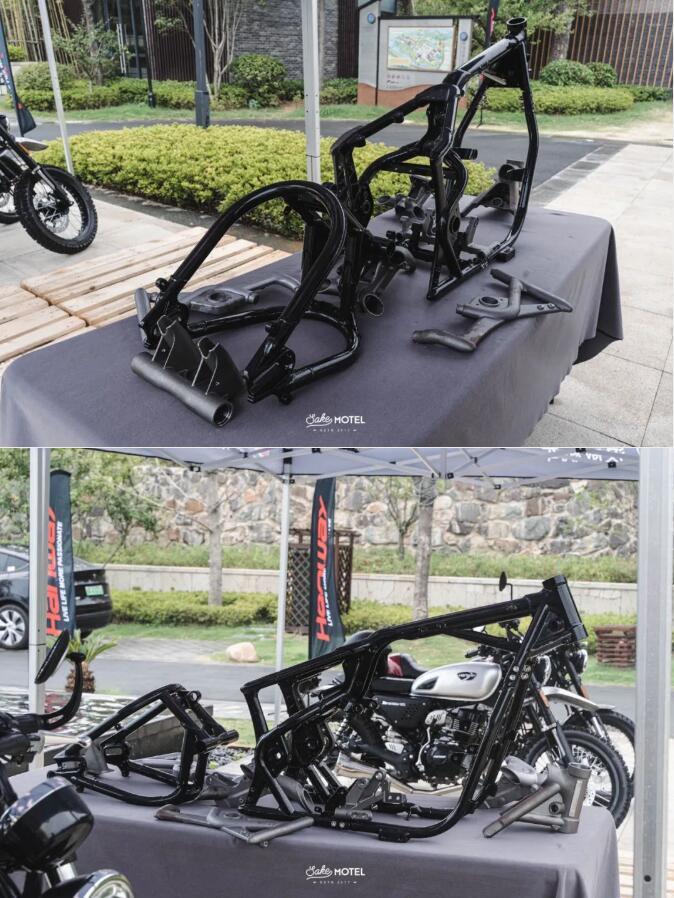 The frame used by Hanwei this time is a rare multi link+embedded mid damping structure in China, which is the best frame treatment for a real soft tailcar. In addition, Hanwei uses lighter and stronger aluminum alloy castings at the connection and stress of the frame to reduce weight and increase rigidity. 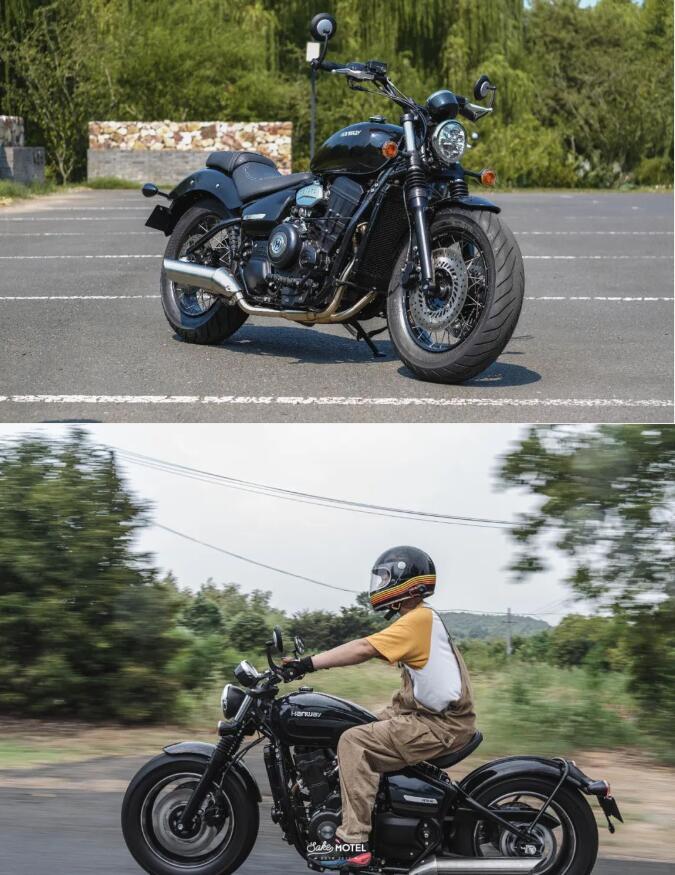 The wheelbase of the car body has reached 1520mm, which is a proper standard size for heavy cruising. You should know that the wheelbase of the Harley 883 is just like this. With 720mm sitting height and 205kg body weight, even novices can easily drive. 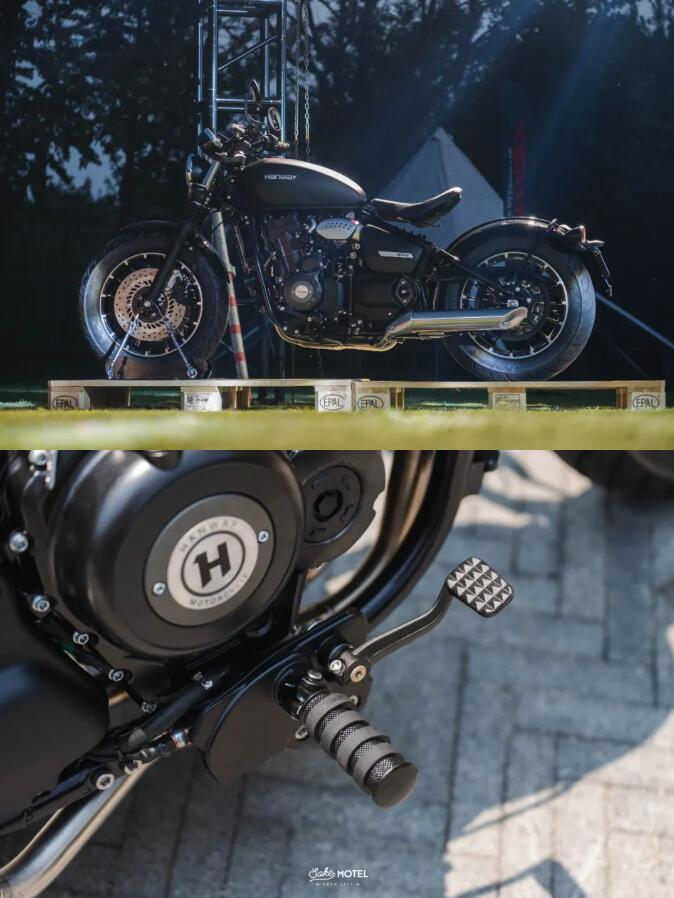 The engines YP500 and B50 use the 498cc parallel double cylinder water-cooled engine independently developed, and are equipped with the FCC sliding clutch. The doctor electronic injection system is adopted. The maximum power is 35kW/8250rpm, and the maximum torque is 45Nm/6000rpm, which can bring 47.5p horsepower. 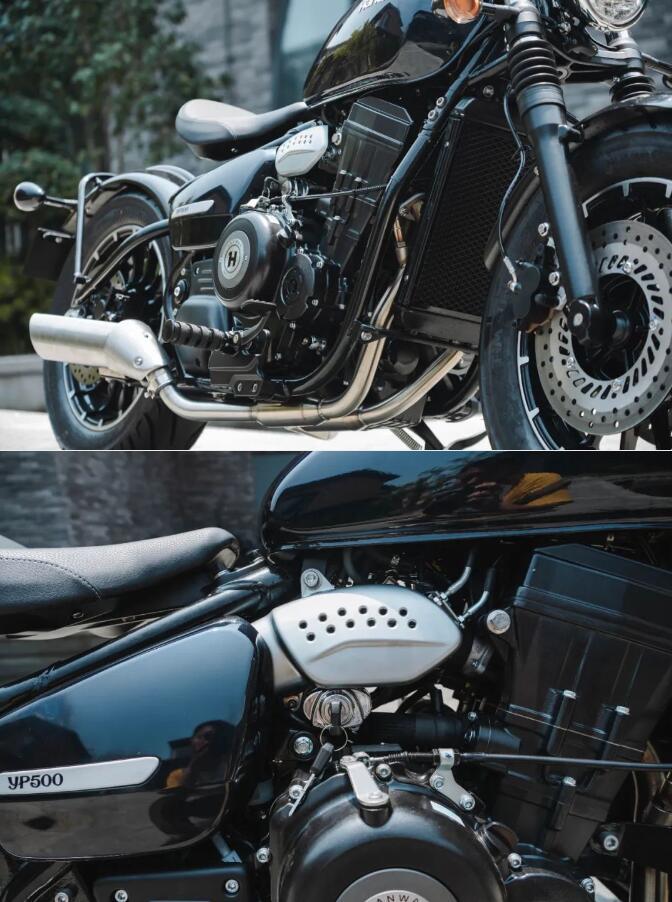 From the perspective of data, the engine is standard, which may not exceed the core of some street cars with pressing performance. However, the most important thing for a cruiser is stability. The riding experience of Hanwei's machine is more balanced and smooth. Compared with the vibration of single cylinder and V cylinder, it has better shock suppression performance, and has a good sense of acceleration when opening the throttle. Beginners can quickly adapt. 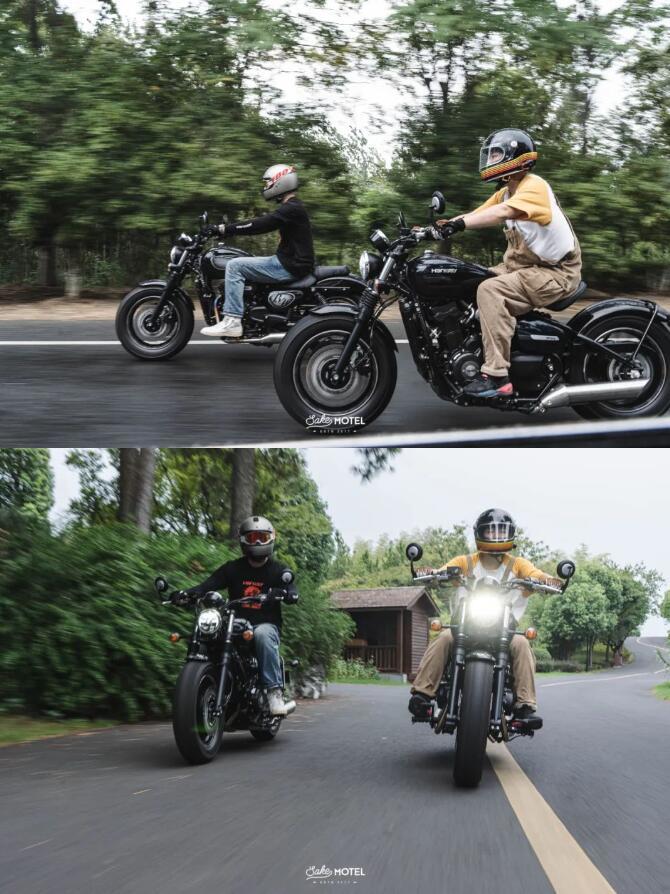 Although riding like Triumph or Indian, after all, the displacement is not large, nor is it V-cylinder or vertical double cylinder, and riding will not be as violent and pure as two imported cars. However, it's understandable to think about the price. The riding posture is really good. 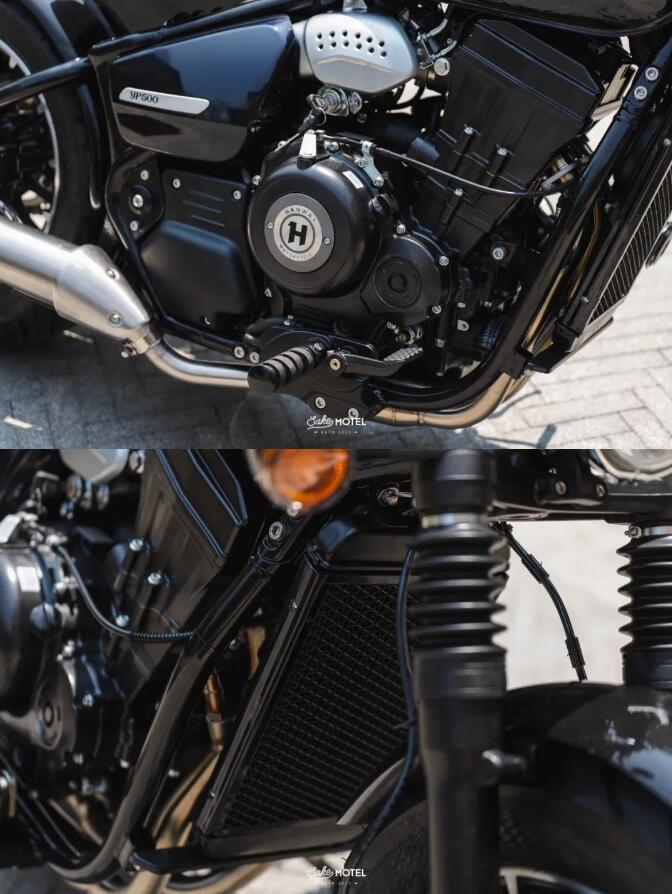 Although modern retro cars tend to be classic in style, most of them still tend to be sporty. The same is true of the KYB shock absorption system equipped with the Hanwei car. The front shock absorption and support feel is high. Compared with other cruisers, it has a strong sense of road and a good riding feeling, but the arms and the tiger's mouth are not so comfortable. 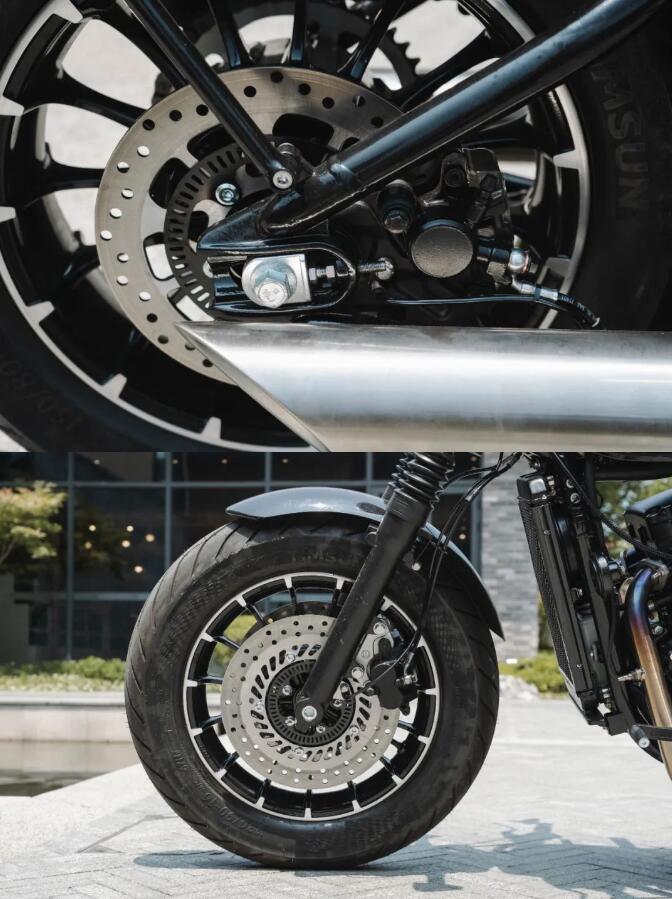 The front dual disc and rear single disc brakes are used, and the standard ABS system is equipped, so the feel is relatively ordinary. In addition, because the price of the B40 is different from that of the machine, the configuration of the B40 is different from that of the B50. Instead of using a soft tail design, the B40 is an ordinary rear flat fork, which is not as good as the B50. Moreover, the pattern design of B40 is a bit pompous, and I hope it can be improved in the later period. It is not a clipper, so there is no need to over design to reflect the style.

Look at the appearance details. The single instrument design adopted by Hanwei's car looks relatively fresh on the whole, and the functions are also rich enough. The only thing is that the dial looks a little too modern, and the fonts and lights are a bit sci-fi. The handlebar switch includes the brake lever, which is almost the same design as Harley, and has left and right independent turn signal buttons. 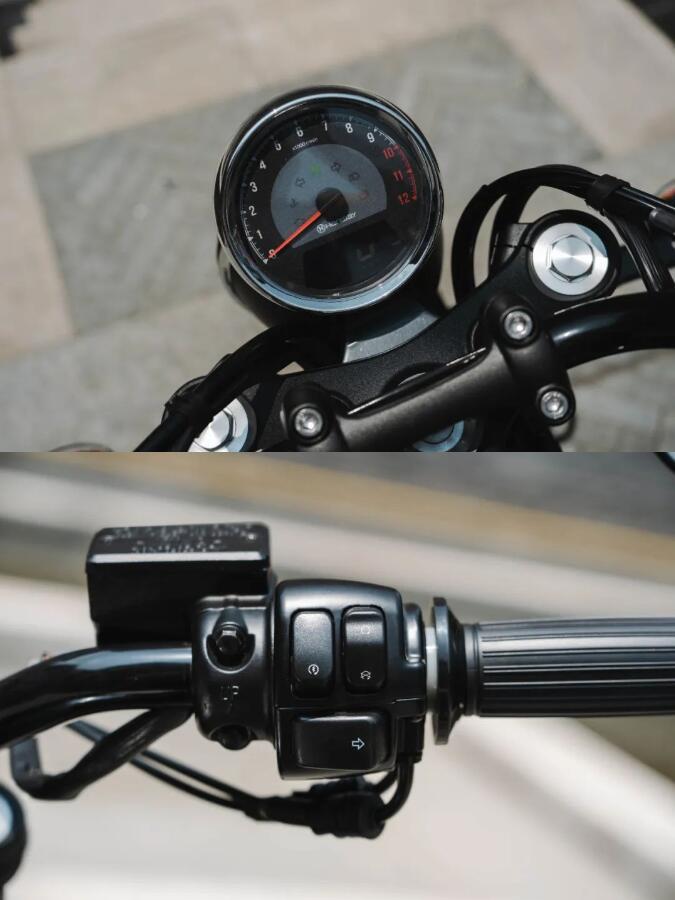 The vision of the handlebar mirrors on both sides is quite good, and the handlebar covers are retro pineapple handles. The turn signal lamp is moved down. Although the LED headlight looks small, its brightness is fair, and the front of the car is relatively clean. In order to be more refined and simplified, the Hanwei YP500 is an integrated tail lamp and brake lamp, which makes a better visual effect for the independent rear mud tile. 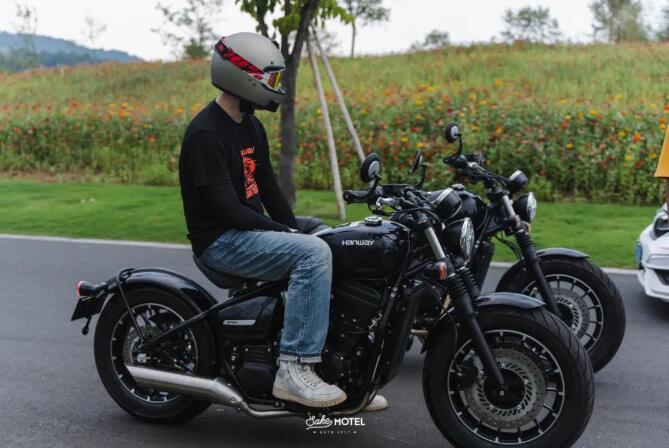 Finally, let's summarize. These three new cars of Hanwei actually have different crowd positioning. The starting price of the two 500 class models is 33980. The pure single seat BOBBER of the YP500 has a more retro attitude, and the 12L fuel tank is basically enough for use. The B50 is more practical. The 17L fuel tank has a range of at least 100 kilometers more. The seat cushion is comfortable for both the driver and the back seat. 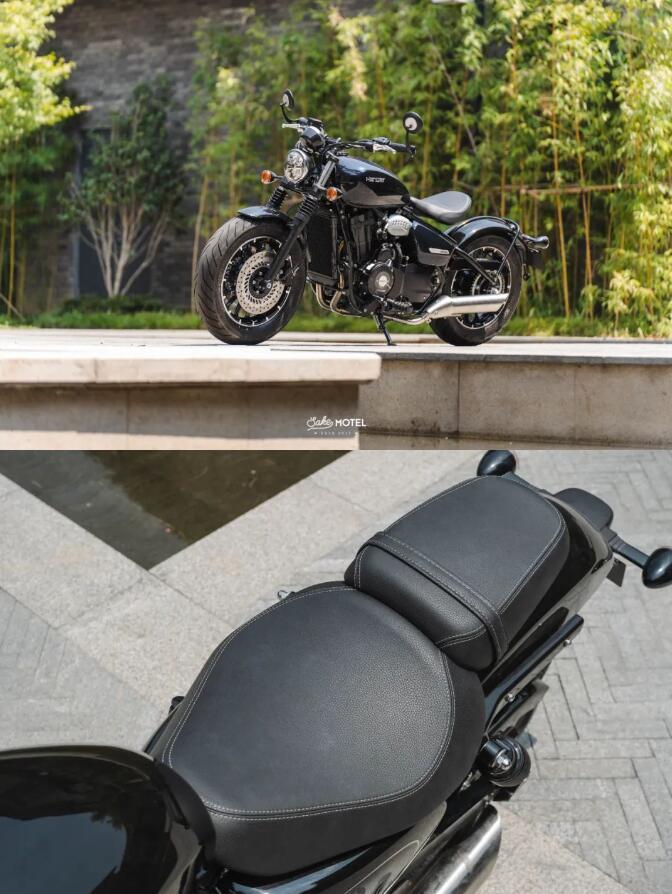 Although the appearance of B40 is similar to that of B50, the configuration of frame and machine is not high, but it is still inclined to entry-level, and the market is more inclined to use transitional vehicles. Of course, how to choose depends on your own car demand and budget. The purchase of an imported BOBBER for more than 100000 yuan is sure to be a step in the right direction, but a novice or a friend with a limited budget can feel the charm of a modern retro car by buying a BOBBER for 30000 or 40000 yuan to see if it is really your favorite. 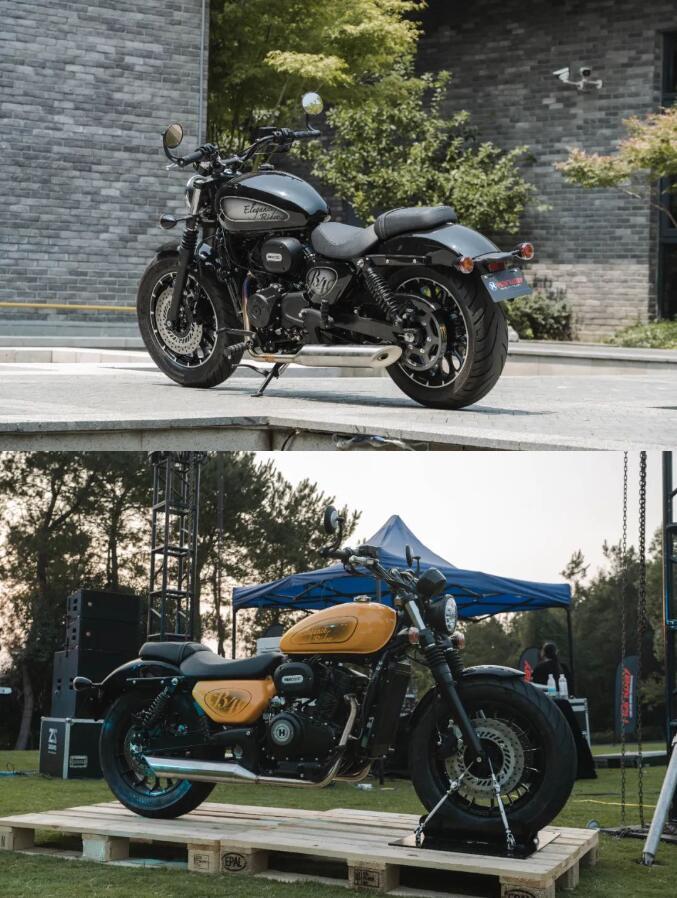 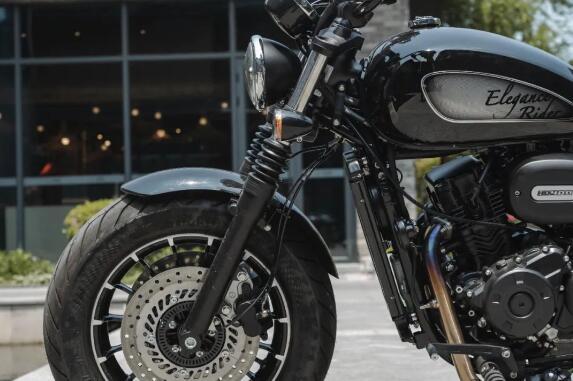 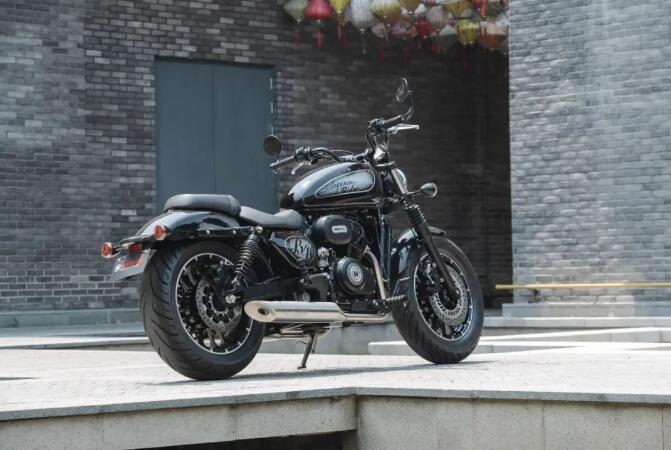