You should have seen in the public accounts of many media that Hanwei has recently released the news of three major models. 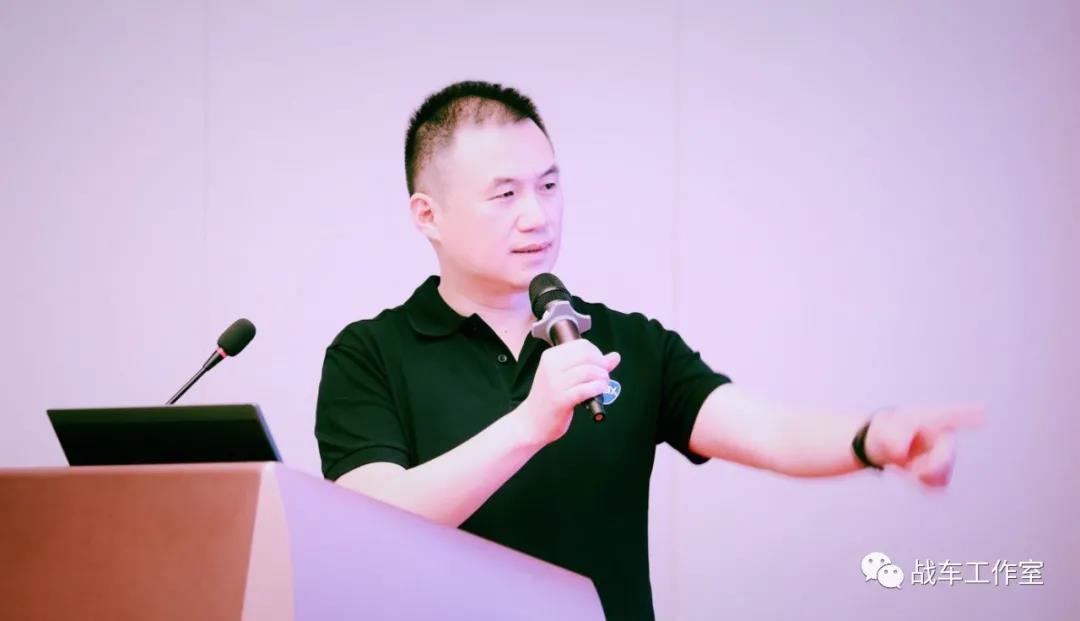 Who is Hanwei? This question is not just for readers. When I first heard the name, I was stunned. Is it possible that any company can produce motorcycles these days? How come I've never heard of this name?

Fortunately, the small head melon seeds that have been staying up all the year long and led to memory decline suddenly came to light. This Hanwei is not the same one at the Milan exhibition, is it? As a person who has participated in the Milan Auto Show for four times, he has never been short of information on hand, so he quickly picked up the folder, hey! It's really him! 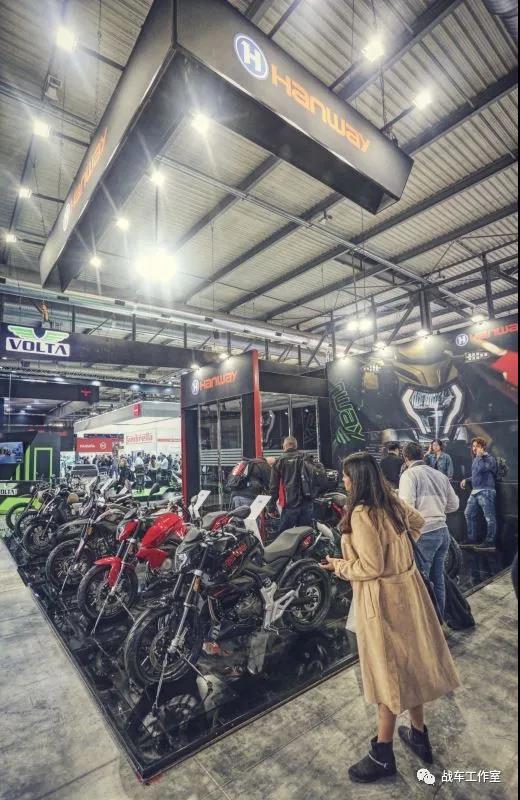 In the photos of several Milan exhibitions in 2013, 2015, 2017 and 2019, the booth of Hanway was unexpectedly found. This major export-oriented motorcycle manufacturer seems to be turning its guns inward this year. 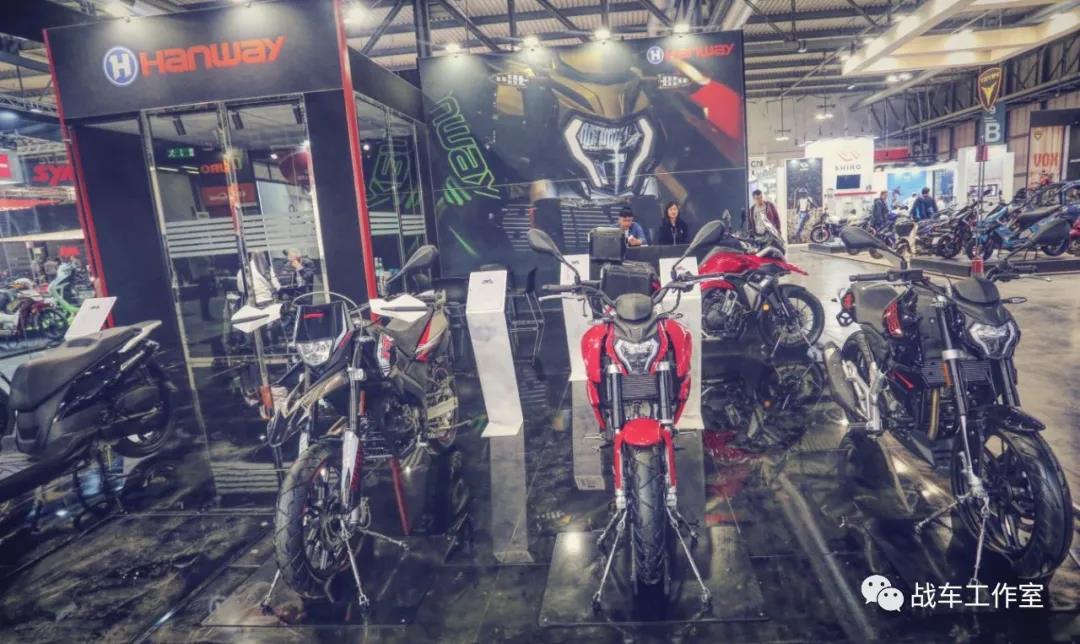 This time, there are three new models, Furious 250 SC, Furious 250 NK and Flash 150T. Among them, the Furious 250 SC is impressive, almost the small displacement version of Latte. Let's take a look at this car first. 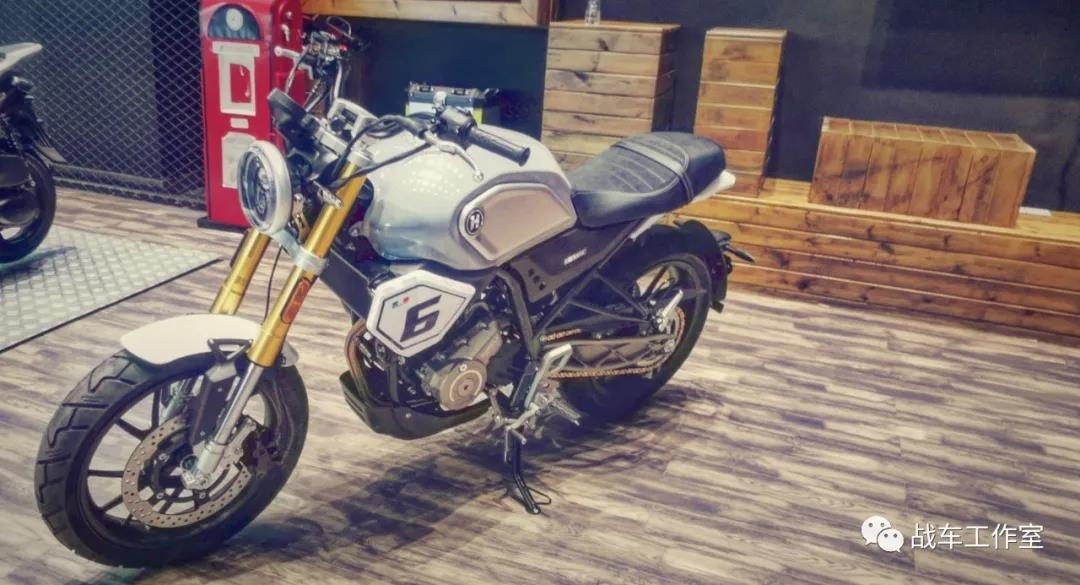 In recent years, there are many reverse engines, and more models with similar appearance and design. From all kinds of sports cars to the prince, it seems that the latte has not been reversed. Thanks to the rapid expansion of the retro market, it finally appears at this time. 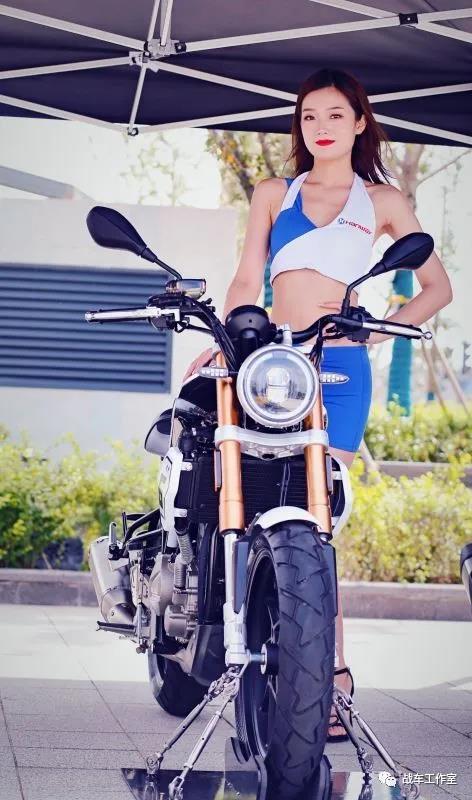 On the Furious 250 SC, the aesthetics required by many riders have been directly produced. Look down! 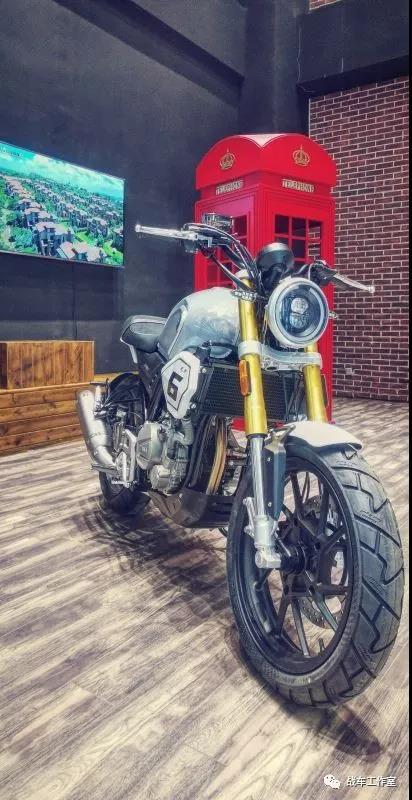 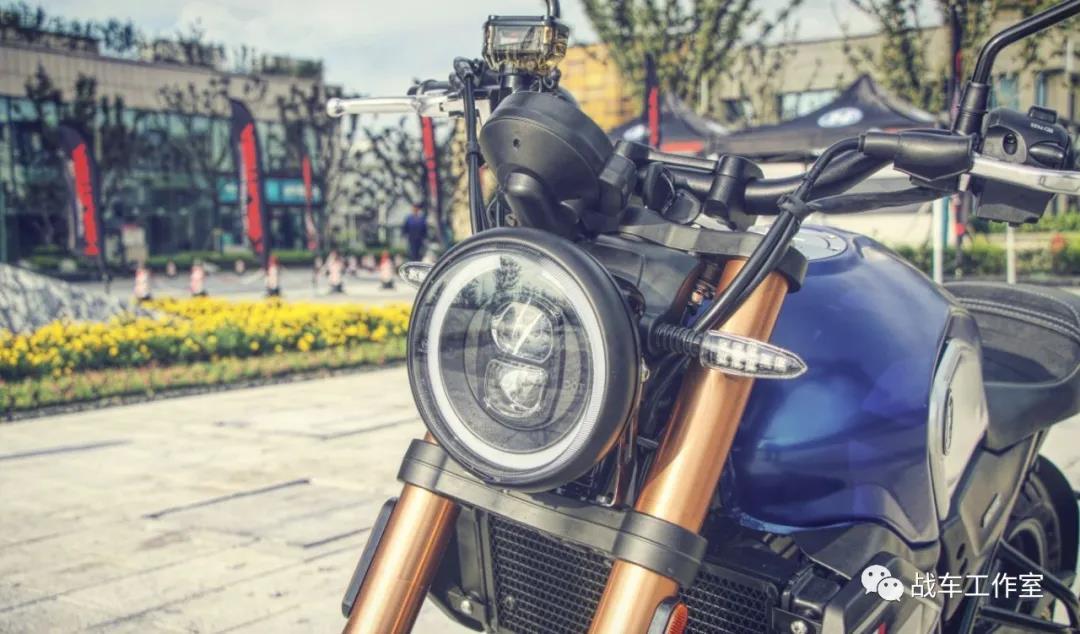 Large fuel tank. As a member of the urban ant tribe, I am also suffering from the small fuel tank volume and insufficient range. Every time I went to refuel at about 200 kilometers, it was very uncomfortable. The Furious 250 SC, a small displacement model, is equipped with a 20 liter fuel tank directly from the original factory. With a 250cc fuel consumption of three liters per hundred kilometers, the endurance mileage is terrible. 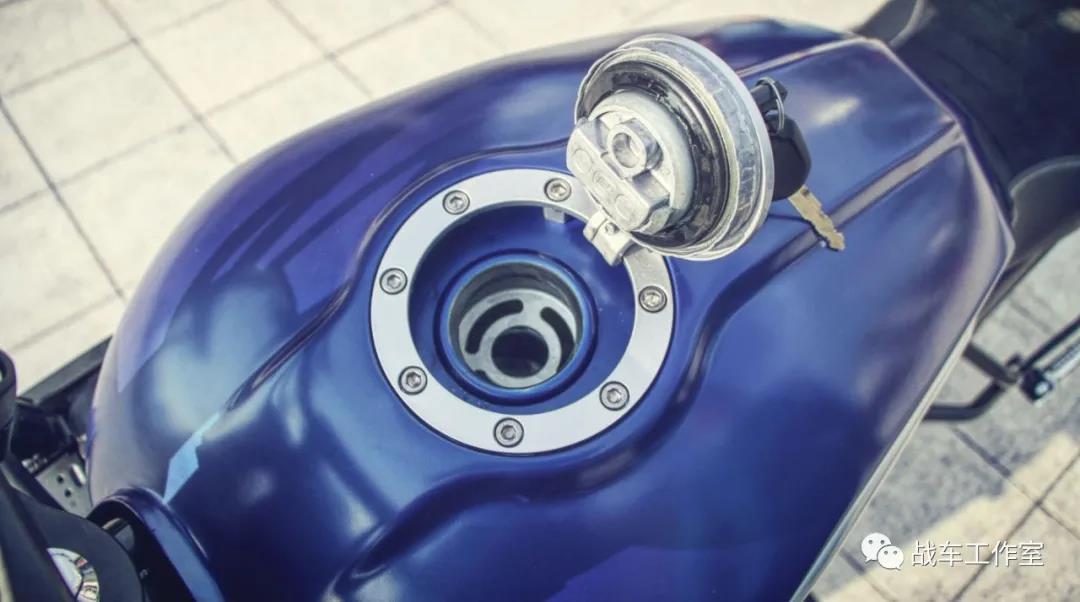 Aperture round daytime running lights and double spherical lens headlights are also the most strongly recommended modification projects by retro motorists. Many motorists directly put the round headlights PS on their favorite models to comfort themselves. This time, they really have them.

The double seat made of suede and high leather is also a necessary item for many vintage riders to refit themselves. 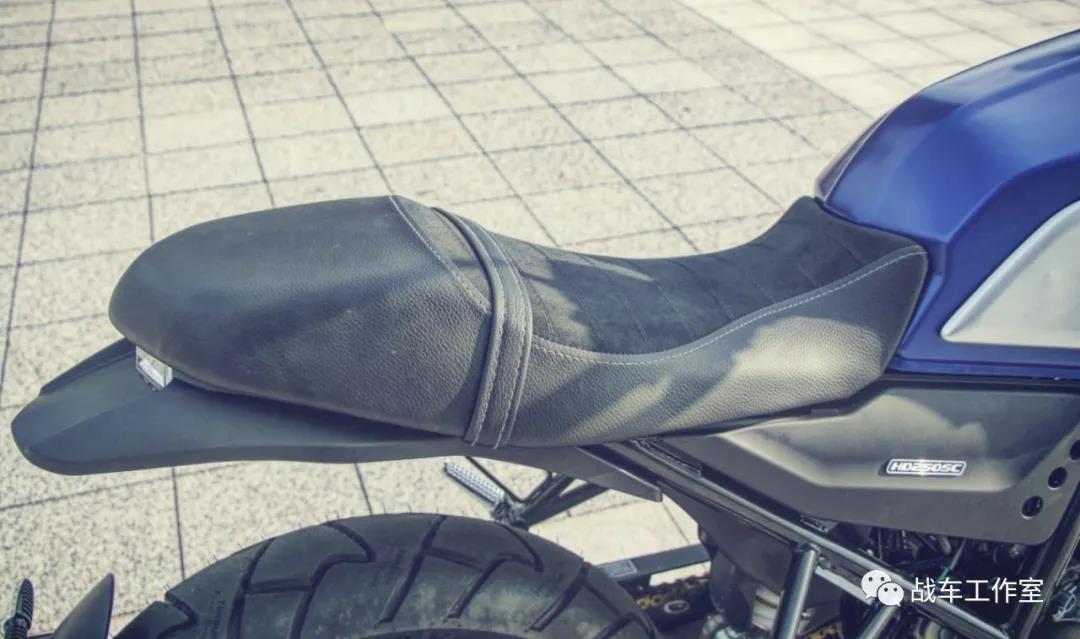 Aluminum super wide rear flat fork, which is the configuration that all street car owners hope to have, is also standard on the Furious 250 SC. 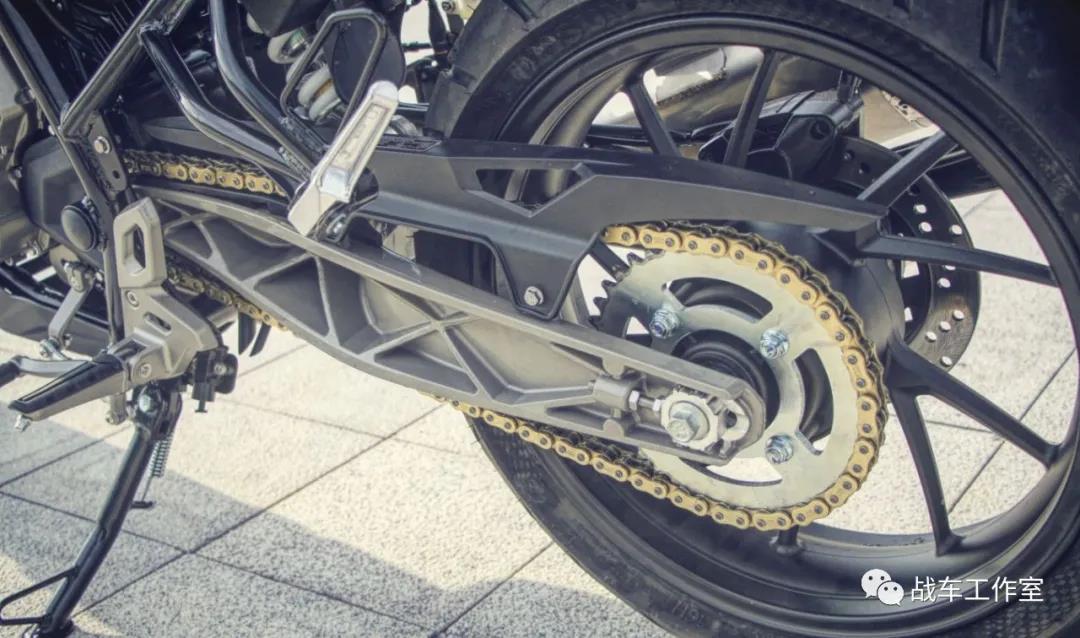 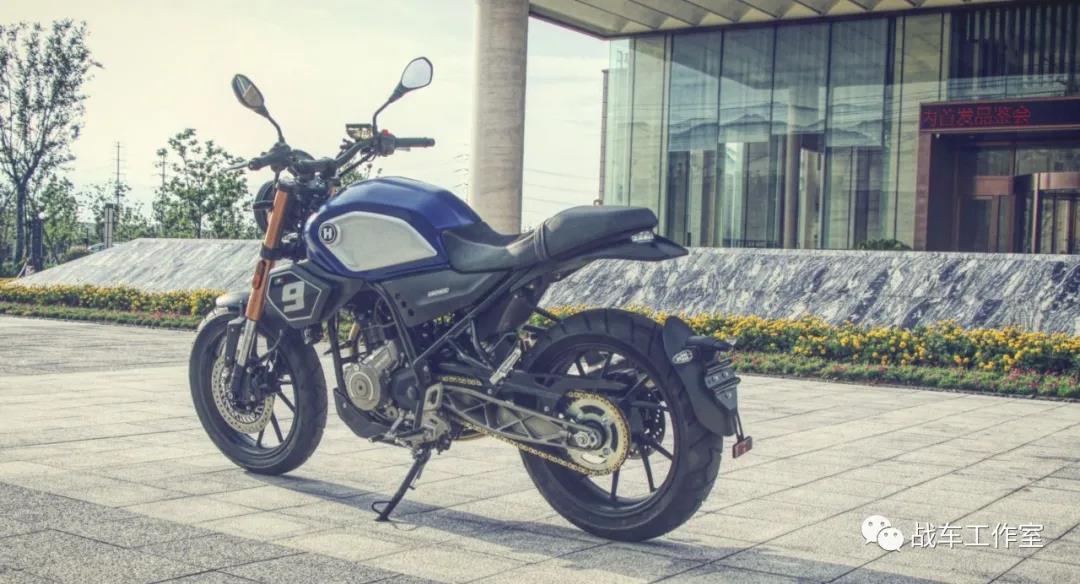 The super large lower belly pocket covers the double lower embracing frame and the front exhaust section. It is available from the factory and saves a little modification cost. 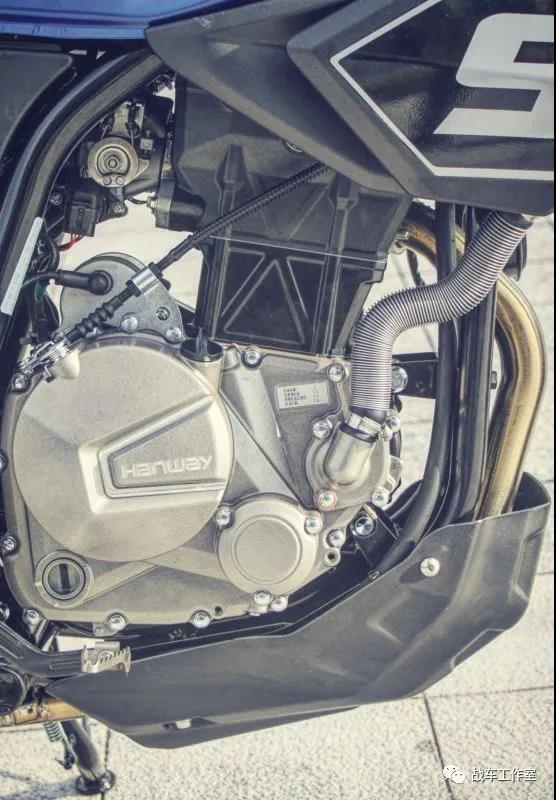 The specially customized sturdy exhaust is thicker than the 500cc model, and even has a conformal hot plate in the middle section... If this is my car, I will spray the tail section and the hot plate black at the first time. 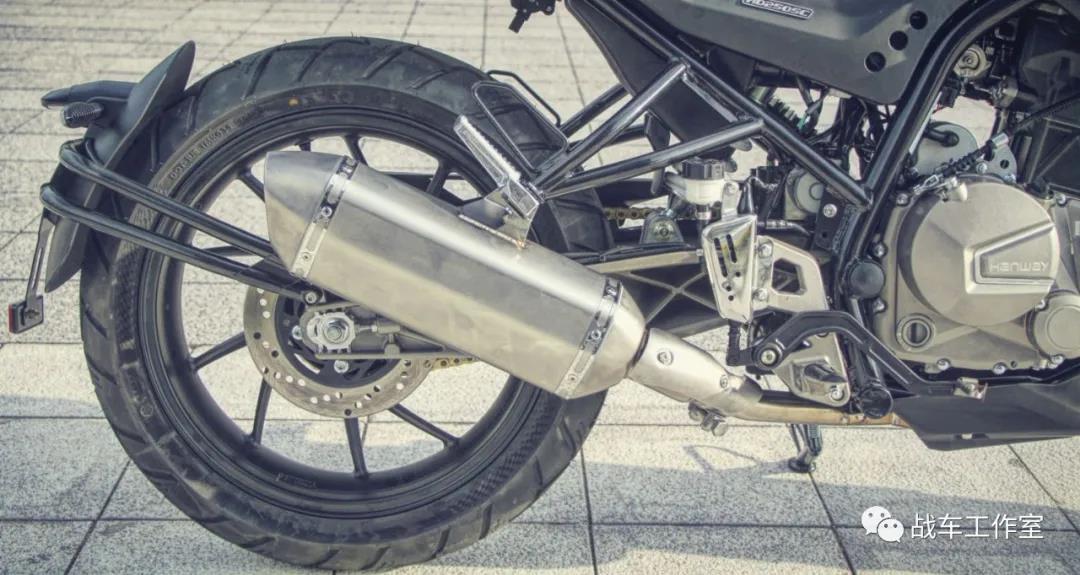 The hidden under seat tail lamp and short rear mud tile make the rear of the car look extremely compact, which is both original and in line with the aesthetics of domestic vintage cyclists. 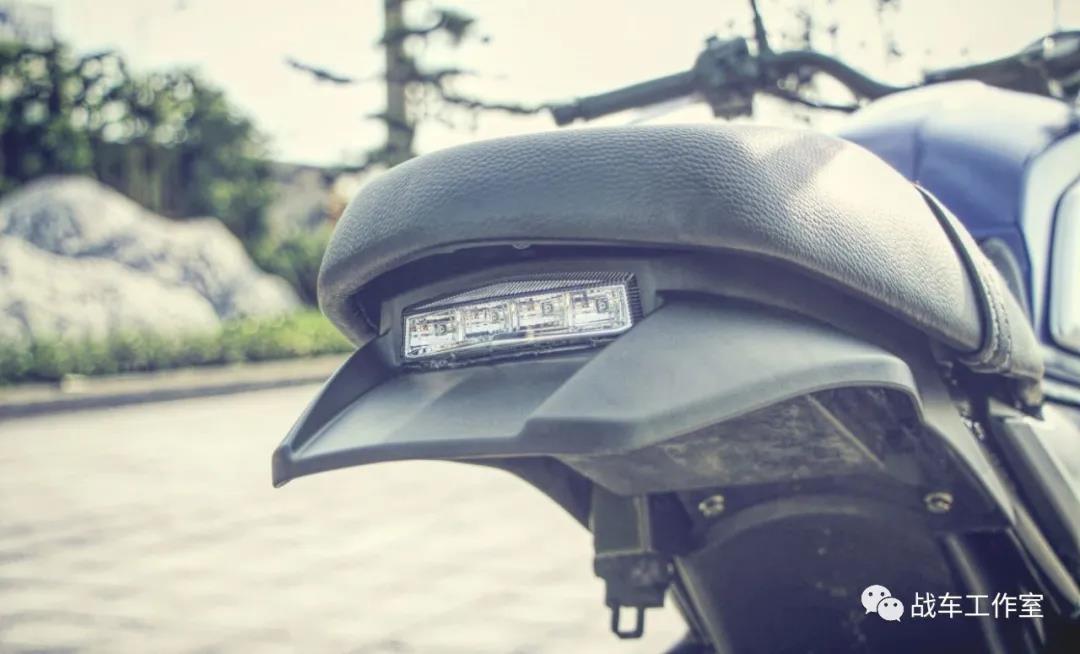 And a custom number board? The numbers on both sides of the fuel tank can be changed according to the owner's needs. 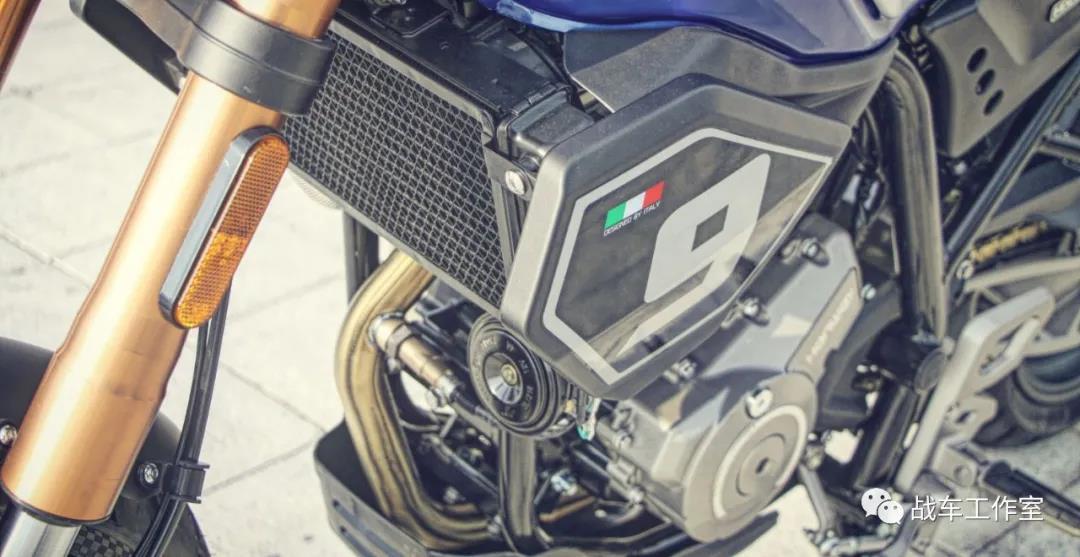 The four colors of Speed Red, Magic Blue, Jet Black and Cement Grey are matched, and the color configuration is equivalent to the lethality. I feel that there is a difference between the two engines. BMW beats his chest and feet

To tell the truth, when I saw the various configurations of the Furious 250 SC, I once suspected that some people in the factory had been mixing with the major retro car groups all the year round. After repeated inquiries, I knew that the appearance, color matching and configuration of the vehicle were completely based on the needs of overseas order customers. 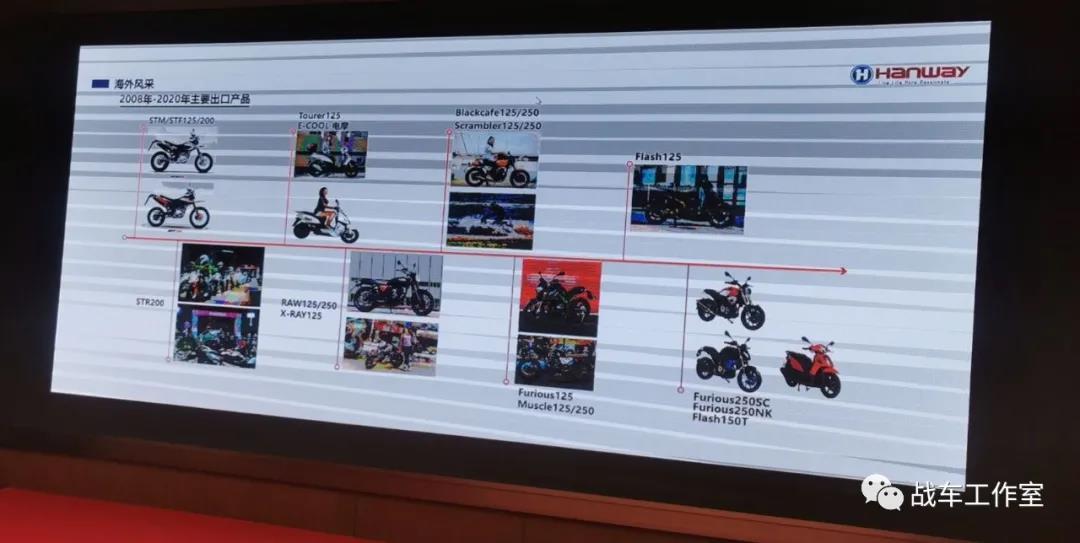 No wonder, I said how the aesthetic of domestic retro cars is so close to users. It was originally orders from overseas markets. Therefore, once the muzzle of an export-oriented enterprise like Hanway is turned inward, its lethality is really as good as that of an old driver who has been in the market for many years. No wonder that the new product launch conference of Hanway invited Mr. Zhang Hongbo, the secretary-general of the China Motorcycle Chamber of Commerce. 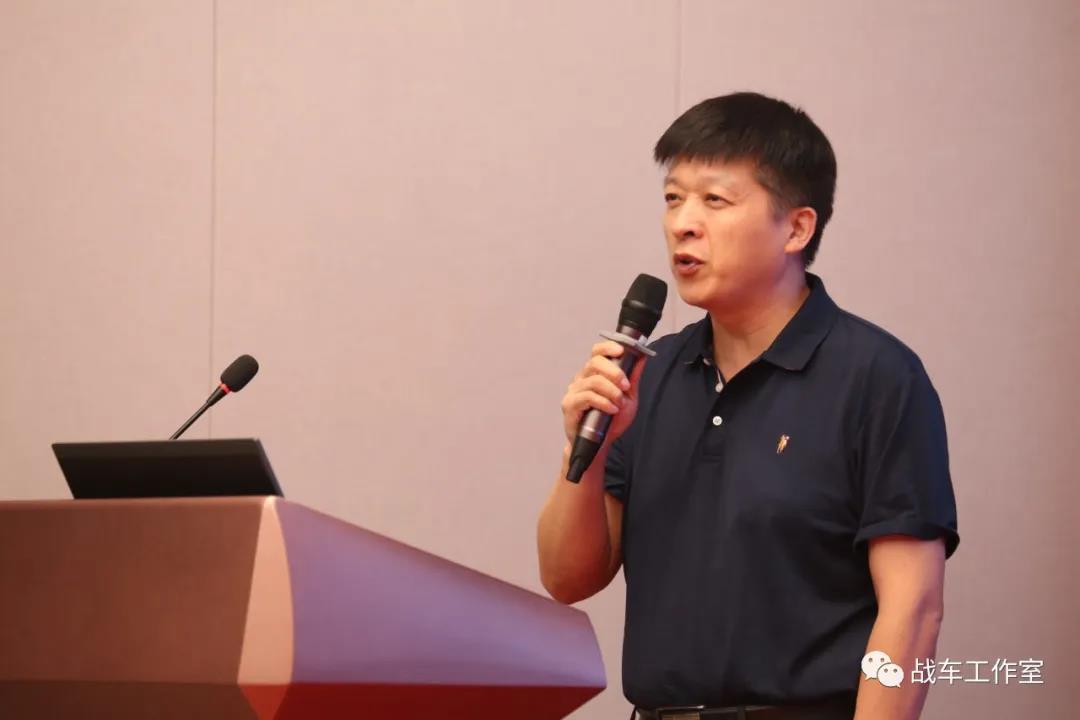 Due to the cooperation plan reached between Hanway and Chunfeng, the two straddle vehicles under Hanway all use Chunfeng 250NK engines, so it is natural to say more about the stability and performance. After re adjusting the gear ratio, tilt the power to the front middle section. Therefore, the low torque output is commendable. 26.5 horsepower is generated at 9000 rpm, and the resonance point is about 7500 rpm. 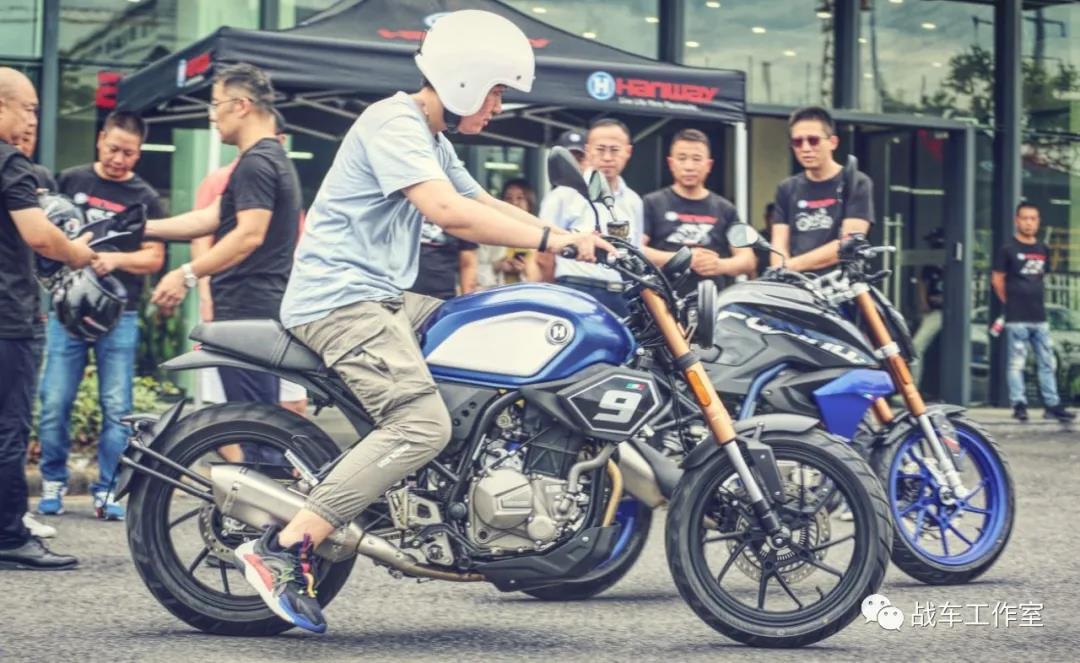 Due to the use of Bosch's EFI system, the power output is relatively stable. The maximum torque of 22 Nm can reach the peak at 7500 rpm. 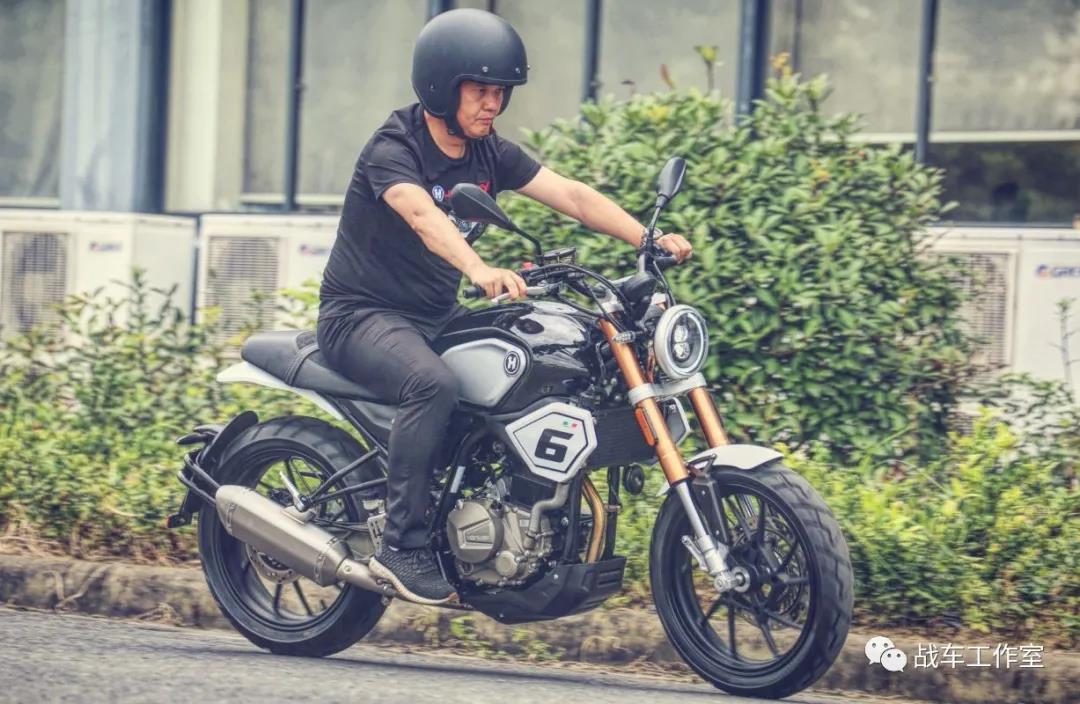 The SAFE dual channel ABS is a configuration that is widely used by mainstream large displacement vehicles at present. The net weight is 122kg, and the curb weight is 145kg, which is quite lethal to female knights. 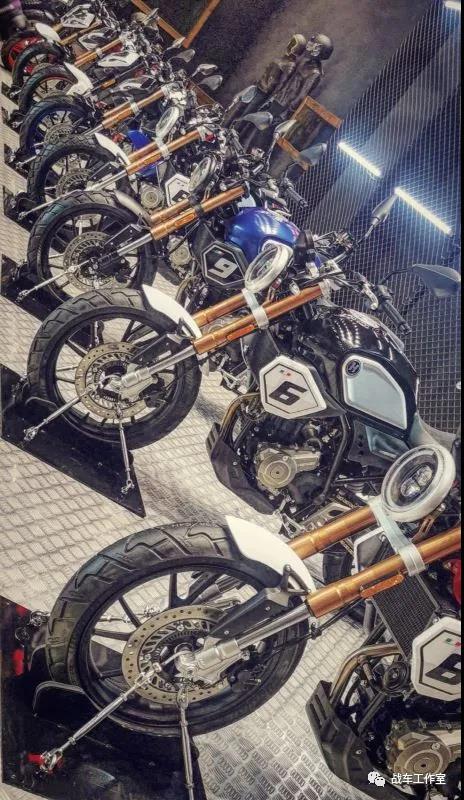 The minimum ground clearance of 173 mm means that it is enough to change this vehicle into a light off-road Scrambler. It is no wonder that the original factory has used multi-function tires. 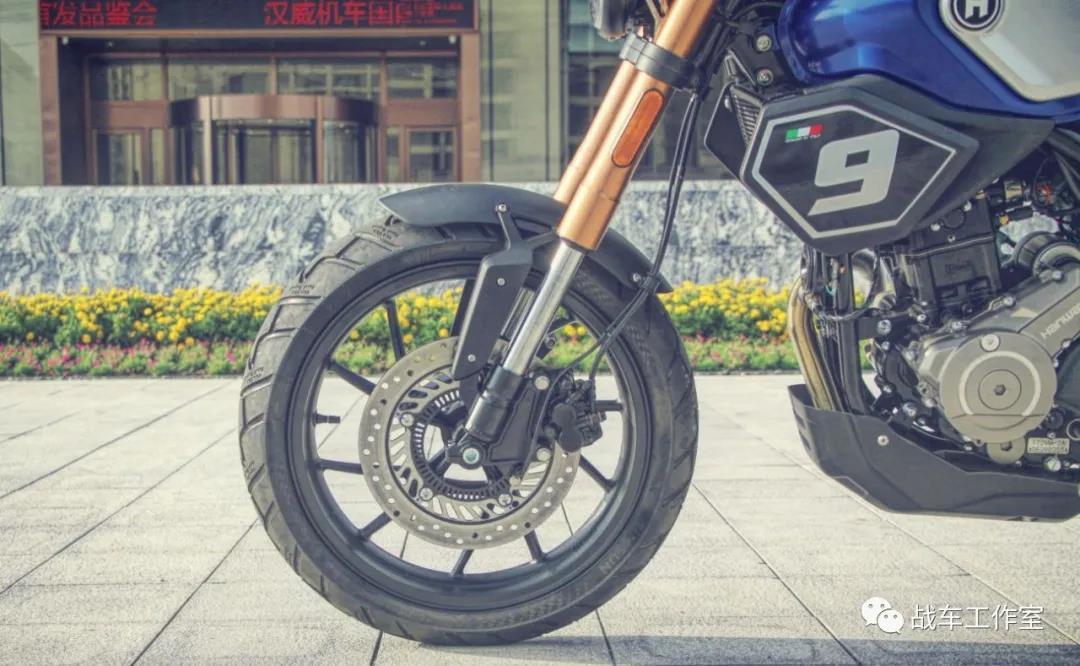 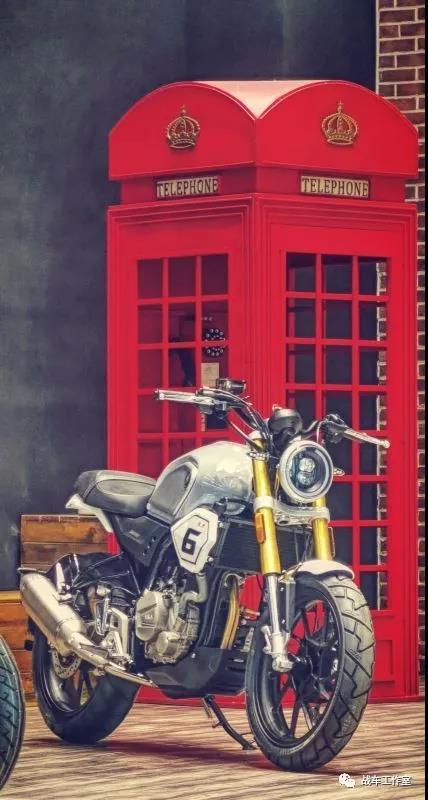 For a short test drive, I would like to share my experience of the Furious 250 SC. The engine performs very well at low and medium speeds. The front shock absorbers are comfortable, and the rear shock absorbers are hard (the factory has adopted the suggestion that the rear shock absorbers will be replaced for mass production vehicles). Since the resonance point is back, the speed for daily use is between 30 and 70, and resonance is not a problem. In terms of driving posture, I am 174 tall in the chariot and can drive with my waist straight. In order to achieve more smooth curve response, it is recommended to change the original 150 rear wheel to 140. The exhaust sound is relatively low, and the exhaust effect is a little bit improved. The car owners saved a lot of modification costs.

The price of Furious 250 SC is 19580 yuan. Some car friends may think of the price of Chunfeng 250NK. However, Hanway just saw that Chunfeng's products do not have vintage models with the same displacement. In addition, they have all the configurations, and they can add points in terms of retrofitting style. Therefore, we can see the difference in the price. After all, if you buy a spring wind 250NK to restore the old style, the price is still slightly higher. 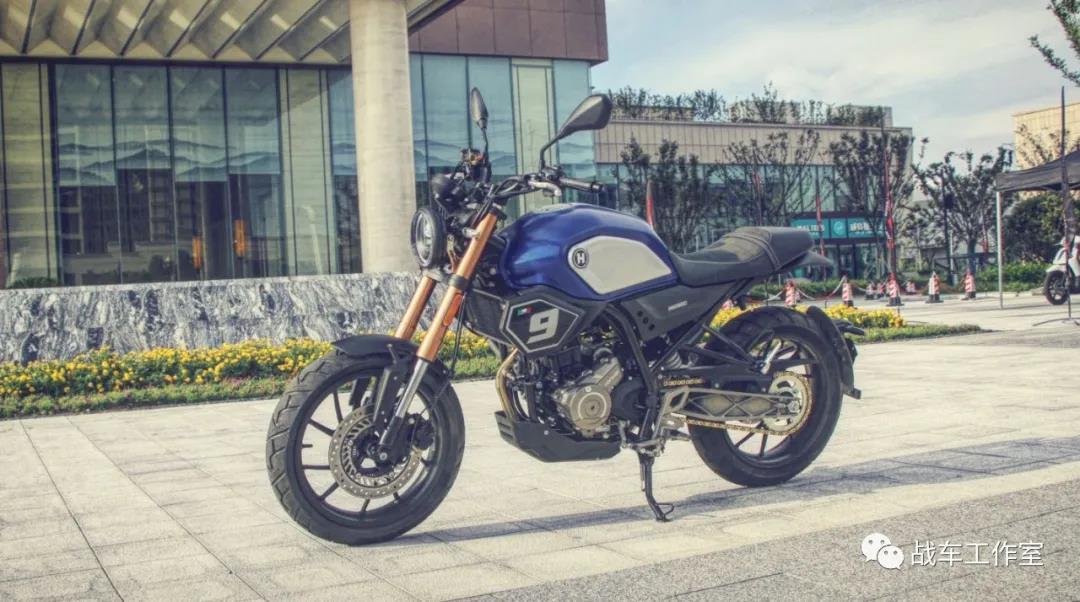 Here we will talk about the European market. One word: strict! If Chinese motorcycle manufacturers want to successfully sell in the European market, they must have the European market access qualification. The industry access standards of European countries are quite strict. In Italy, for example, it takes one year to verify the models of light vehicles, and they have to wait in line honestly. The inspection costs are also high. Factories have to submit various cumbersome production and manufacturing process standards. Although European consumers do not have high requirements for the delicacy of product details, the safety design review of vehicle models is still quite strict. Therefore, many factories will label their products with the brands of large dealers in the countries where they sell, and sell them in a new way. 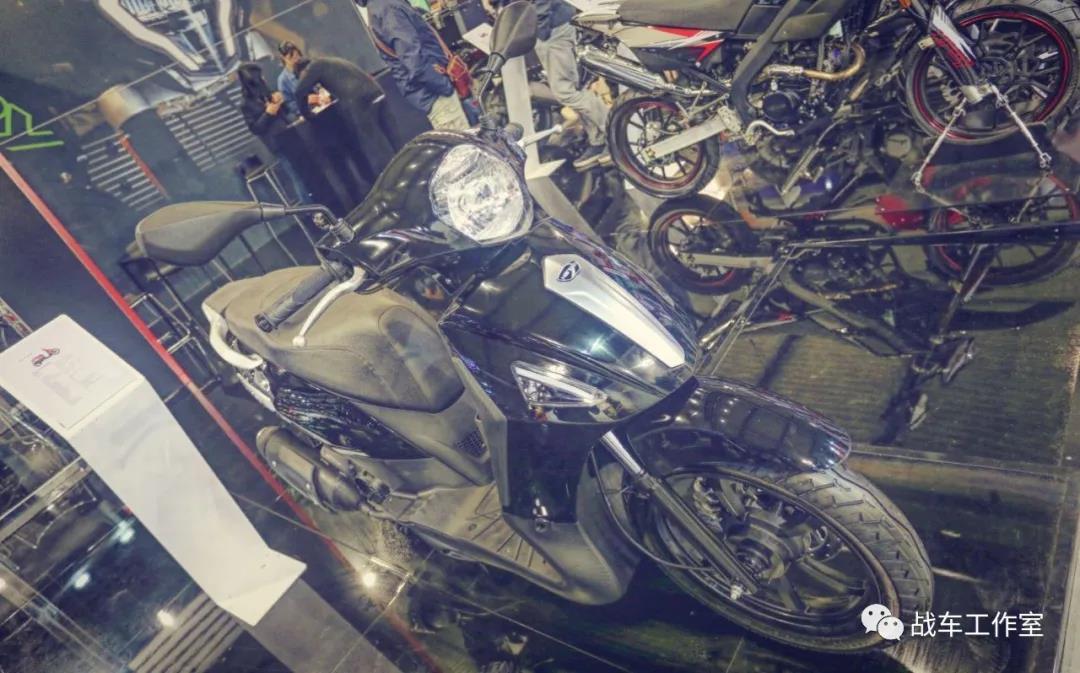 Since its entry into the market in 2008, Hanway has been sold in more than ten European countries. It does not listen to the requirements of dealers in various countries for OEM sales, but only uses the brand of Hanway. This is a standout among Chinese motorcycle manufacturers who are also OEM manufacturers. The chariot also jokingly called the way as an enterprise lacking imperialist beatings. How dare it not follow the crowd, not stick on the brands of dealers in various countries, and brazenly advertise itself with the words "China way". 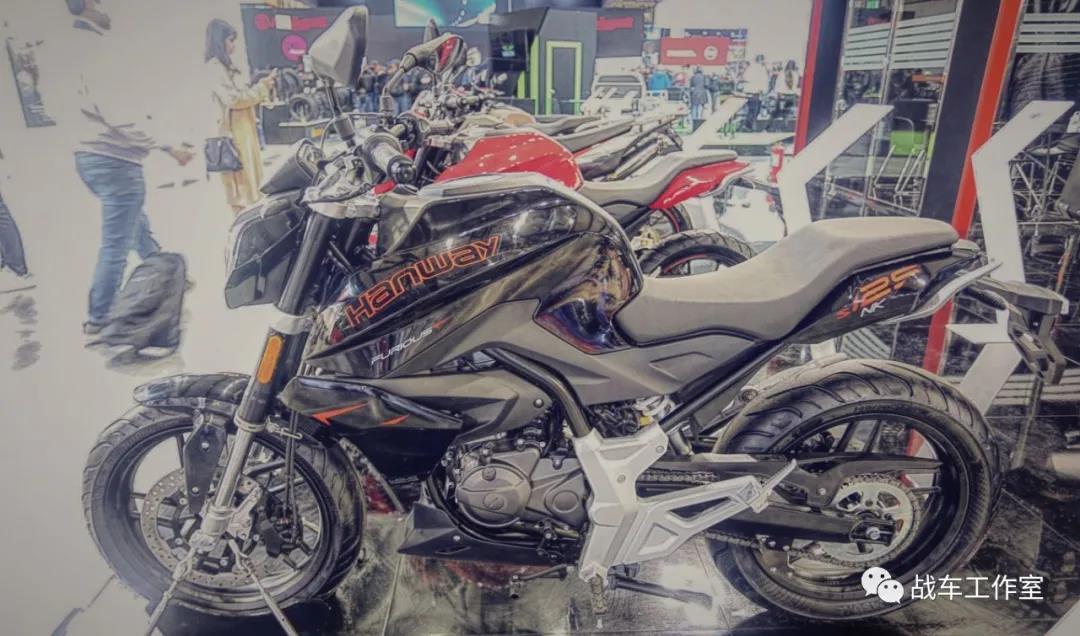 By the way, let's talk about a car model with readers. Flash 150T。 Yes, this is the only model with pedal and bending beam on the day of the new product launch of the way. The price is 10800 yuan. 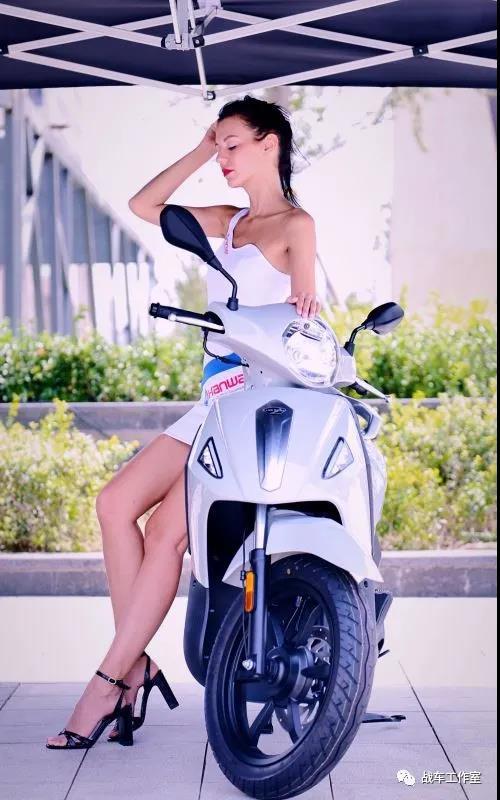 This seemingly inconspicuous model is an intact product that has been sold for many years in the European market of Hanway and has been directly sold back to the domestic market. It is also a model that the test drive media (Knight Network, Weifeng Hall, IMOTOR, Niumo Network, Moto Oye, Free Machine, Moto Network, etc.) collectively said was great, both in control and power. In addition, the bucket can hold full helmets, and if it is equipped with a trunk, the short and medium distance motorcycle brigade is also a sharp weapon. It is said that this car may also be equipped with a 180cc engine, which makes me excited. Several new cars are about to arrive at dealers all over the country. I strongly recommend that you try them out.

The data of the three models will be shown to you, and more details will be followed up. 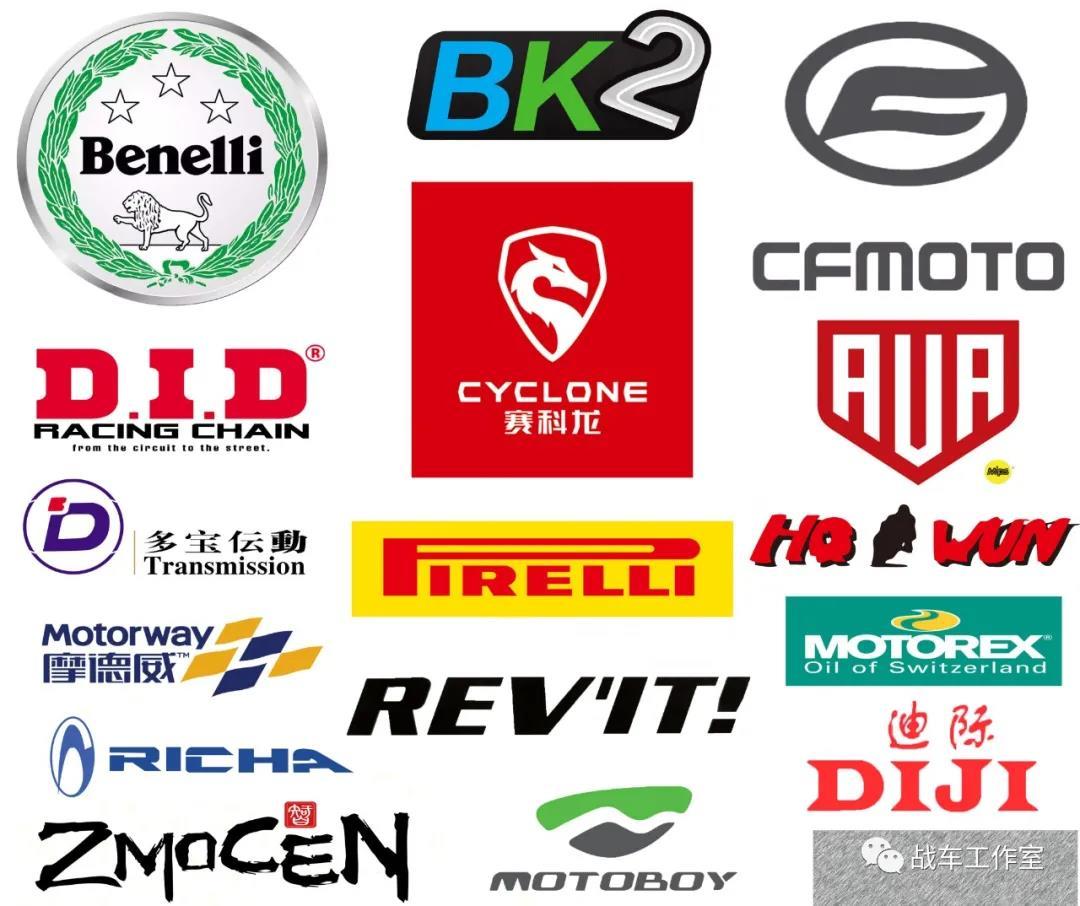