From 19250 yuan, Furious 250 was listed, plus the user-friendly price of European Bigfoot Flash150

Hanwei, English name is "hanway", implying the Chinese people's own way. You may sound strange, which is not surprising, because Hanwei has been specializing in overseas markets. Founded in Changzhou in 2008, it is mainly engaged in the production and sales of finished vehicles, targeting the markets of Europe and Southeast Asia, mainly for amusement vehicles. But in 2020, if you want to return to the motherland, after all, the domestic toy car market is booming.
There are three models released this time:
Furious 250 NK
Furious 250 SC
Flash 150 T
Furious 250 NK (ABS)
Domestic price: 19280 yuan 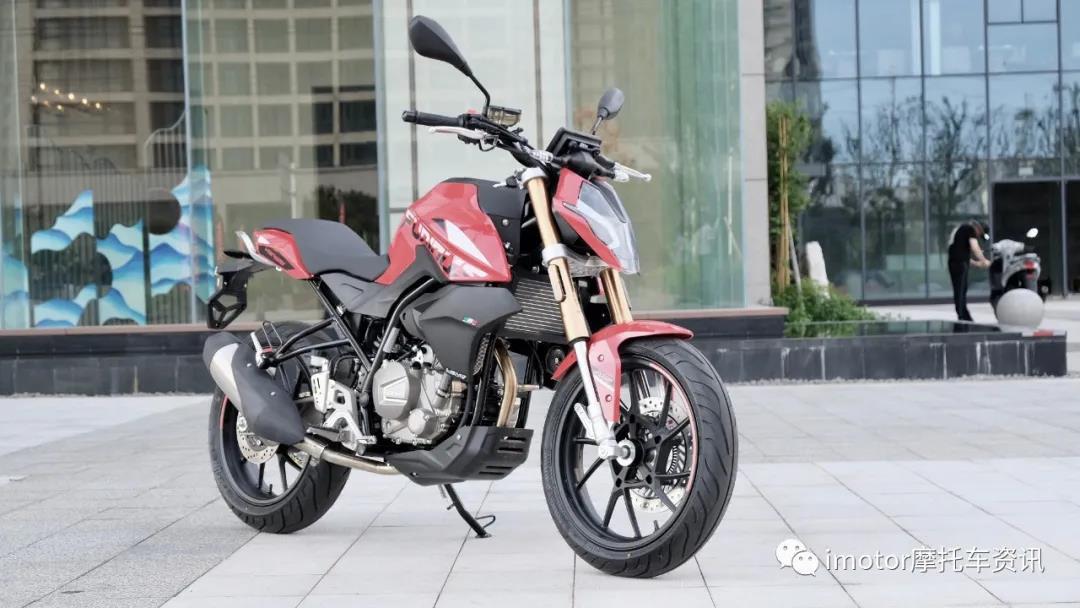 Furious 250NK is not a new product, but also transferred from abroad to China. From the perspective of modeling design, Furious 250NK has its own design concept, and its appearance is really good, simple and powerful, in line with the aesthetic standards of the current mainstream young people. However, the single cylinder and relatively simple design make this 250cc model slightly thin. 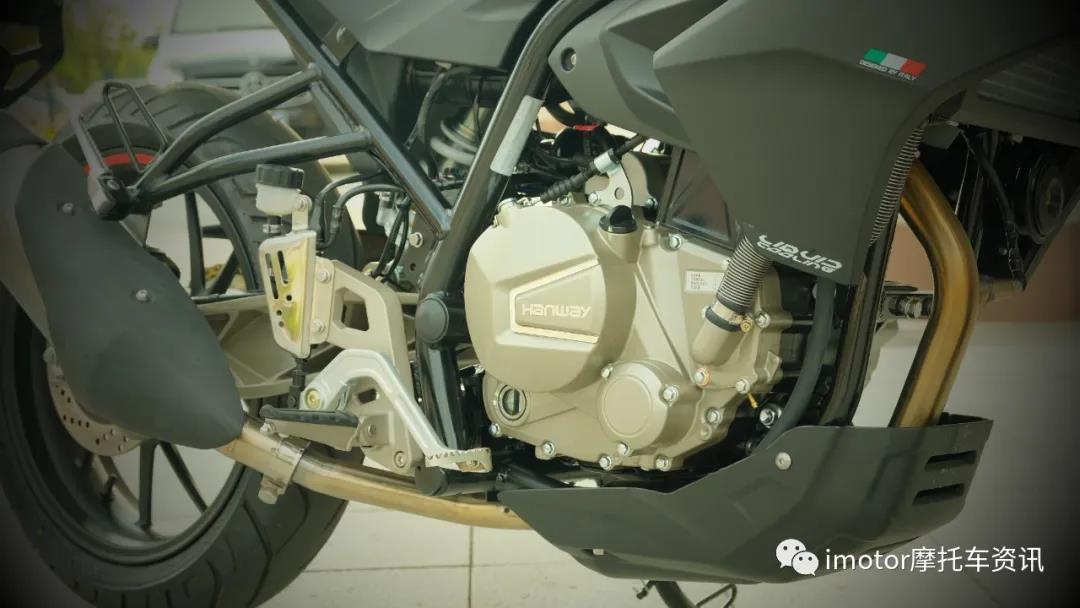 The single cylinder water-cooled four valve engine, namely the Chunfeng 250NK engine, is used. The maximum power is 19.5kw/9000 rpm, and the maximum torque is 22 Nm/7500 rpm. This power level is the upstream level compared with the 250cc domestic vehicles currently on sale in China, while it is weak compared with the 300cc. 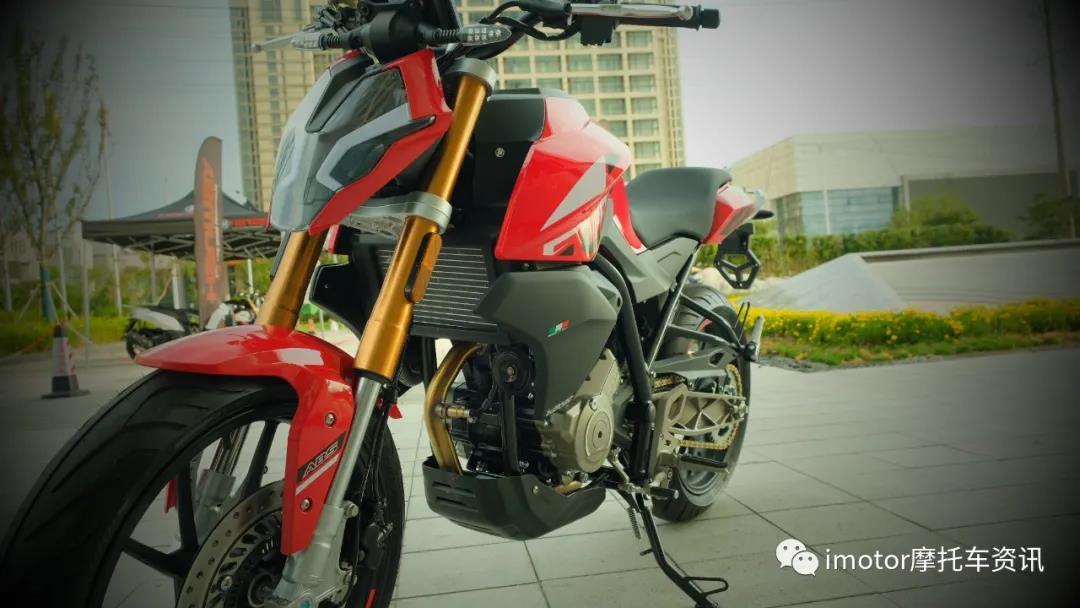 In terms of the frame, a double cradle frame is used and painted. However, compared with the current mainstream 250 models, the cradle frame is not the final destination. The only advantage is to reduce the cost of the whole vehicle on the premise of being more stable. 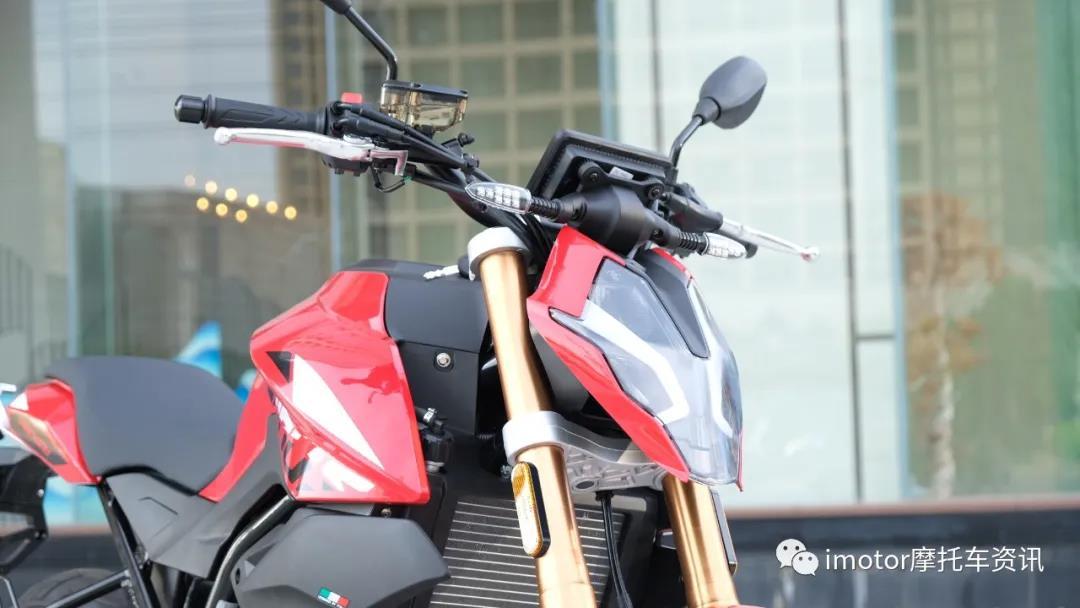 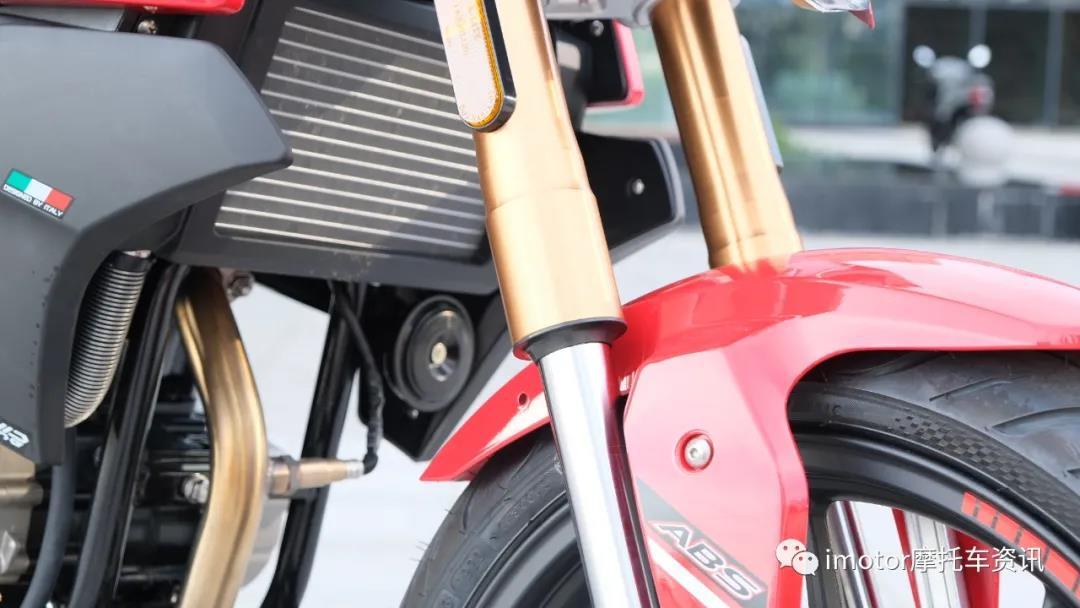 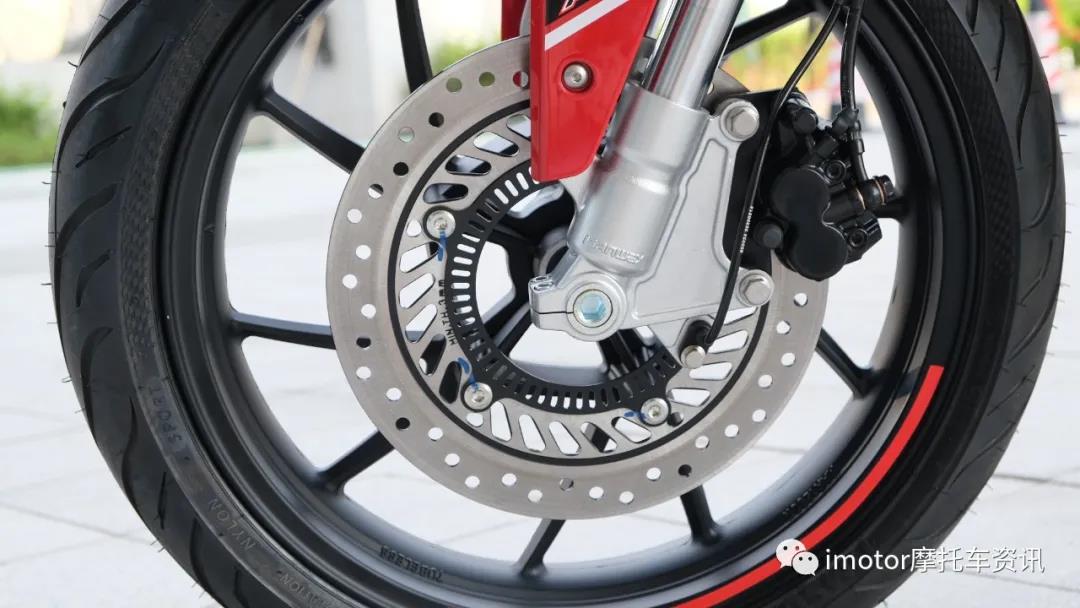 The front and rear are made of thin aluminum alloy wheels, which are sporty when sprayed with black paint. 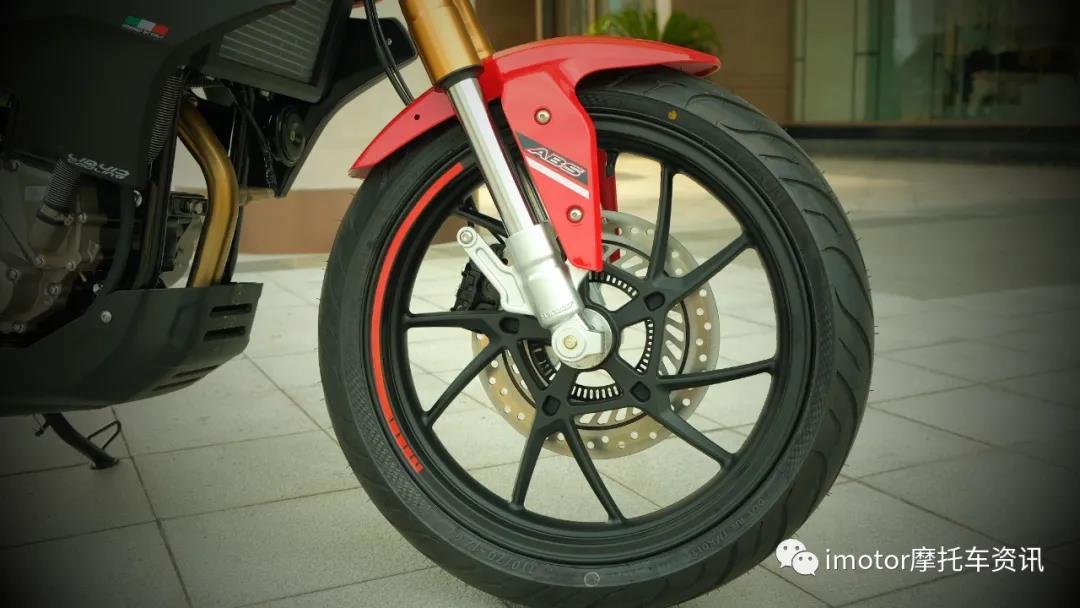 It seems that the color matching and structure are similar to those of Shengshi, but they are not produced by Shengshi. The aluminum alloy rear rocker arm provides a better sense of road and improves the weight reduction of the whole vehicle. 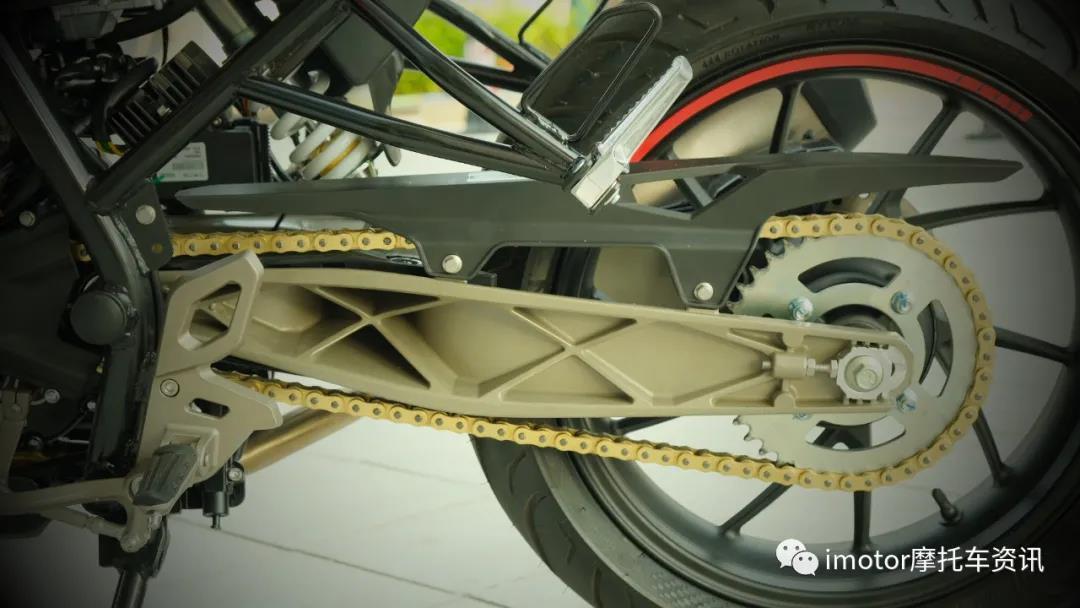 The vehicle weight is 122kg, which is one of the biggest highlights of this car compared with the 250cc models currently on sale in China. Light represents flexible and better handling. Furious 250NK is positioned as a sports street car, which has a good shape. At the same time, the configuration can only be described with sincerity. However, I believe that many readers are more concerned about the sense of quality and quality control, which needs to be verified by the market and time.
Furious 250 SC(ABS)
Domestic price: 19580 yuan, an expanded version of the street car version, with the same frame and the same engine, to create models with different positioning, a retro sports street car. 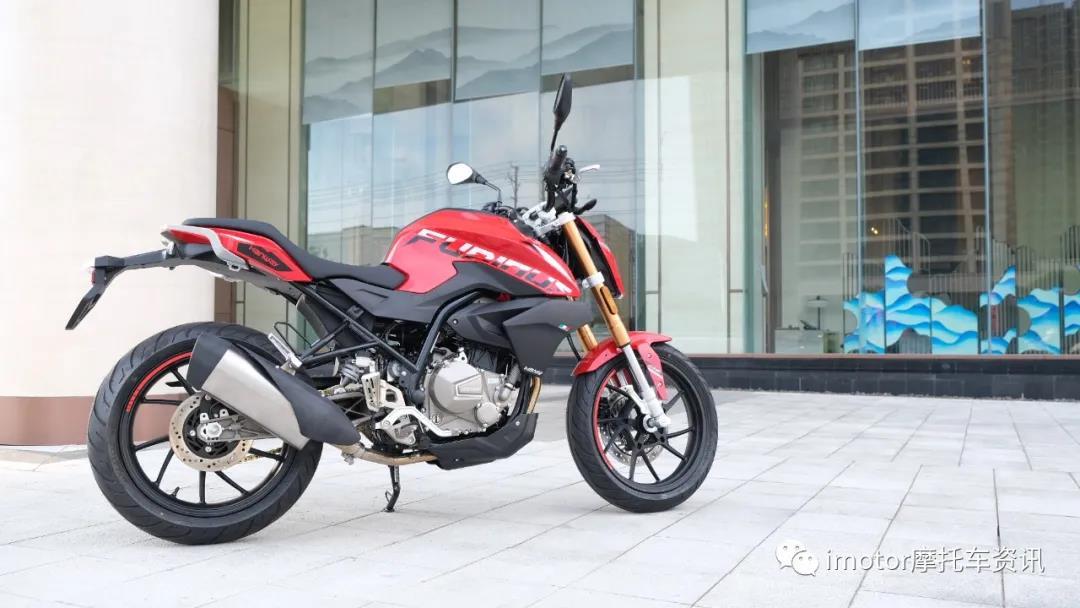 If two 250ccs are put together, I think the SC version has more potential to attract consumers' attention. 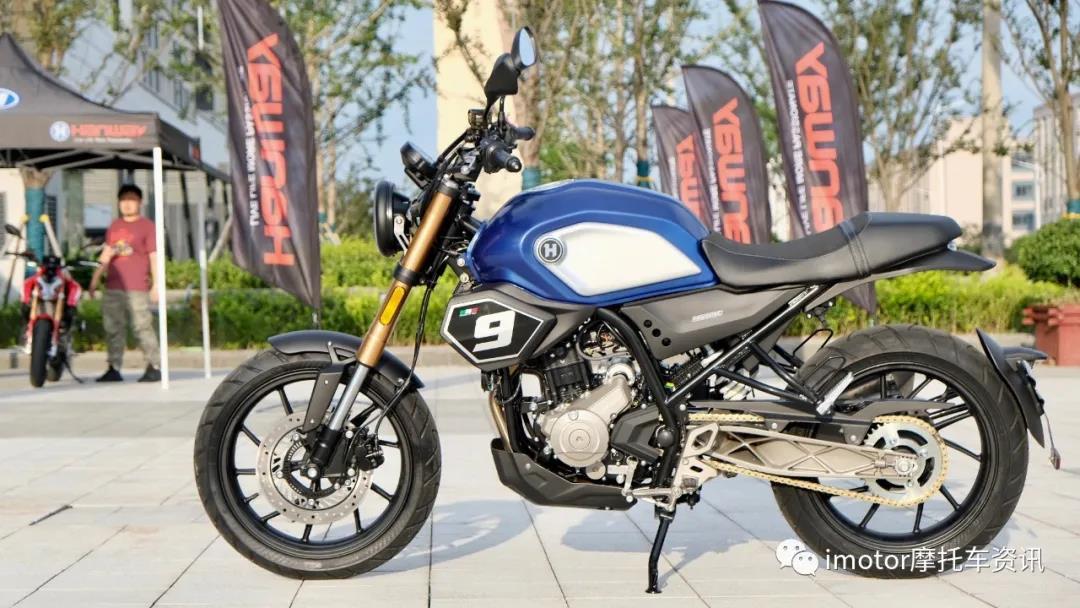 The round headlights are very simple, and the size is in place. 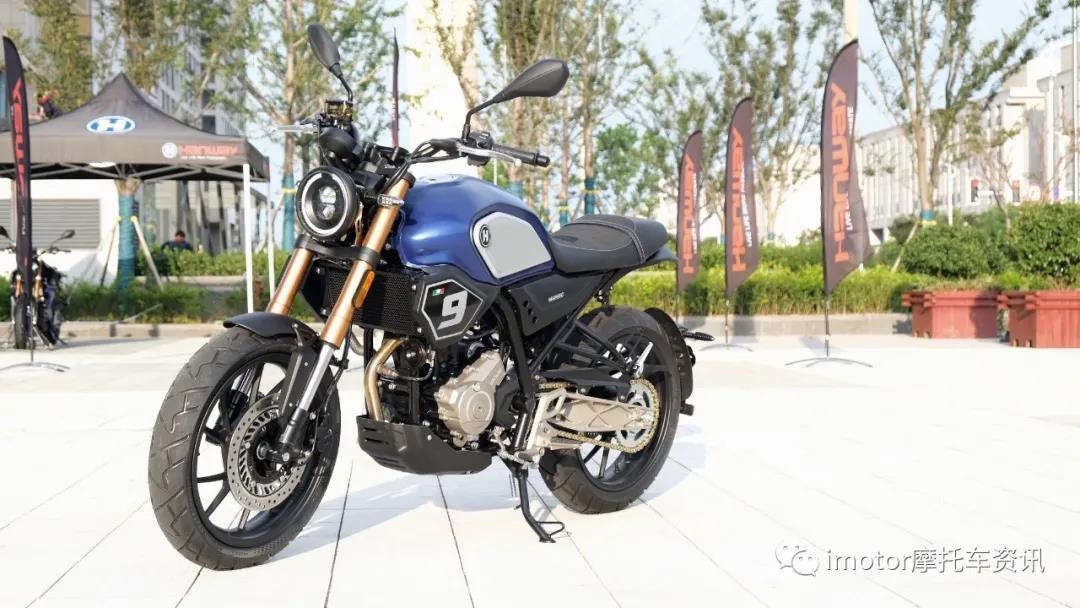 Latte fuel tank, but there is still room to improve the water quality of the paint. The side version, with the number nine trim, looks not abrupt and harmonious. 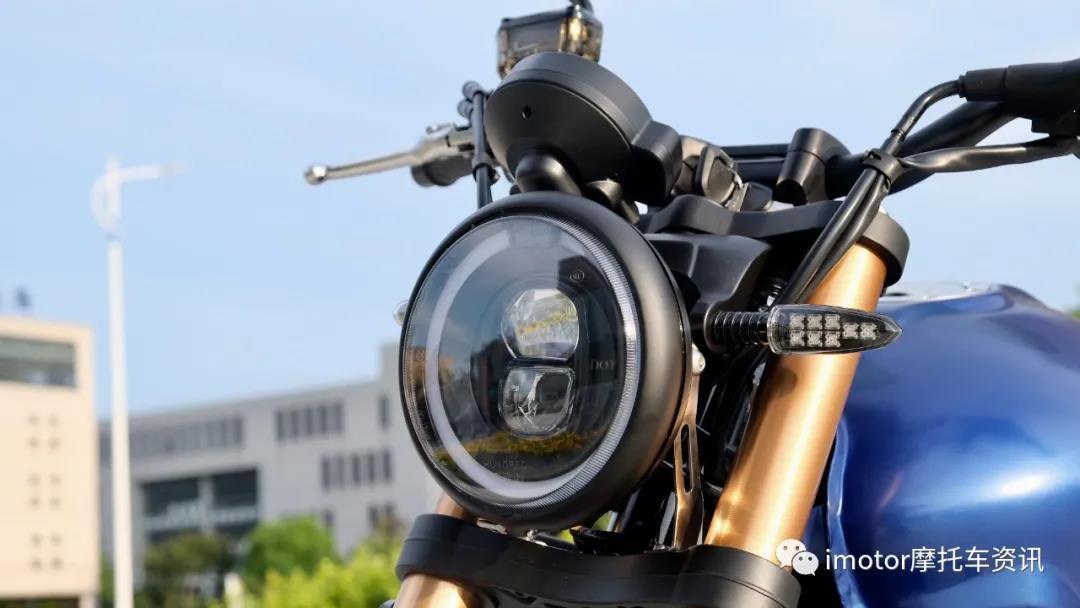 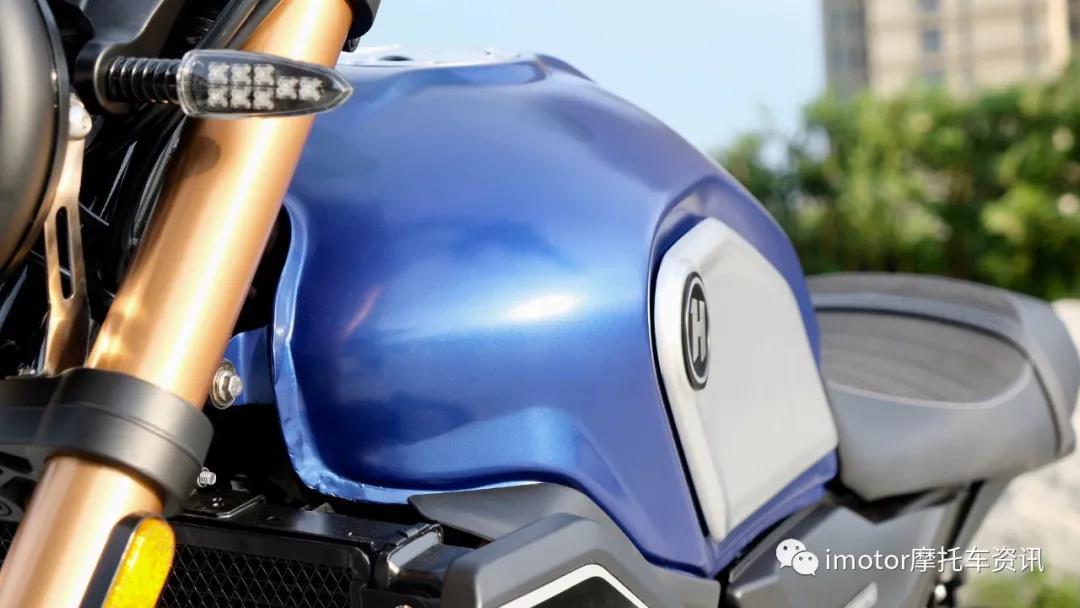 At present, these two street cars are the main products of Hanwei in the domestic market. As far as the price is concerned, compared with the development model with the best domestic 250cc engine, if the SC series is comparable to the 250NK in terms of control, it is believed that there will still be a market.
As far as the price is concerned, 250SC is more competitive than 250NK. Because the price of Spring Wind 250NK is here, 250SC can add points to its appearance design.
Flash 150T
Domestic price: 10800 yuan 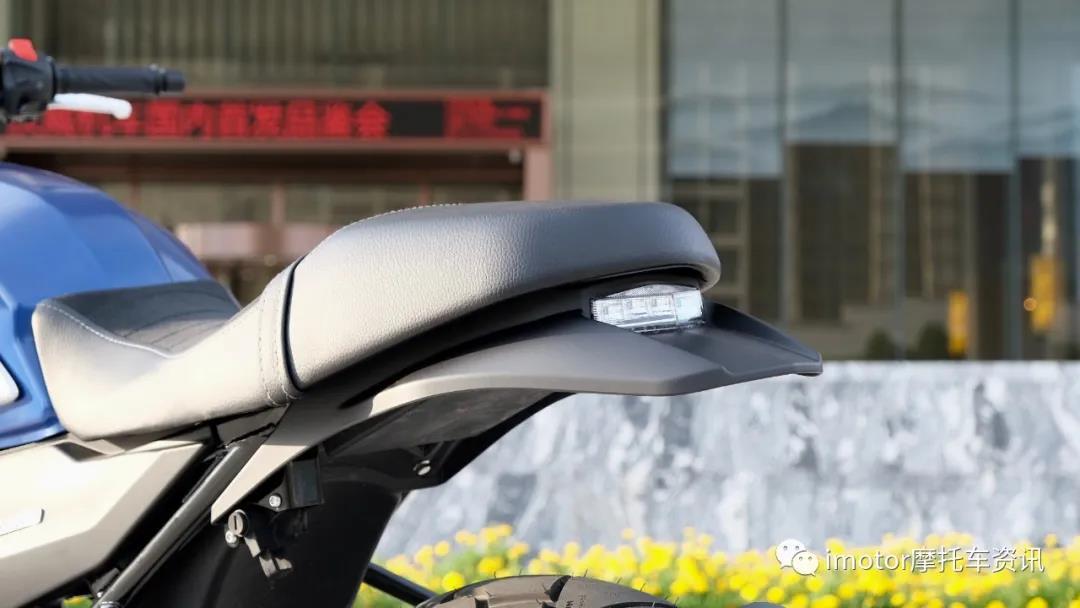 This model is one of the main models sold by Hanwei in Europe and has been sold for many years. It is a mature product of Hanwei. 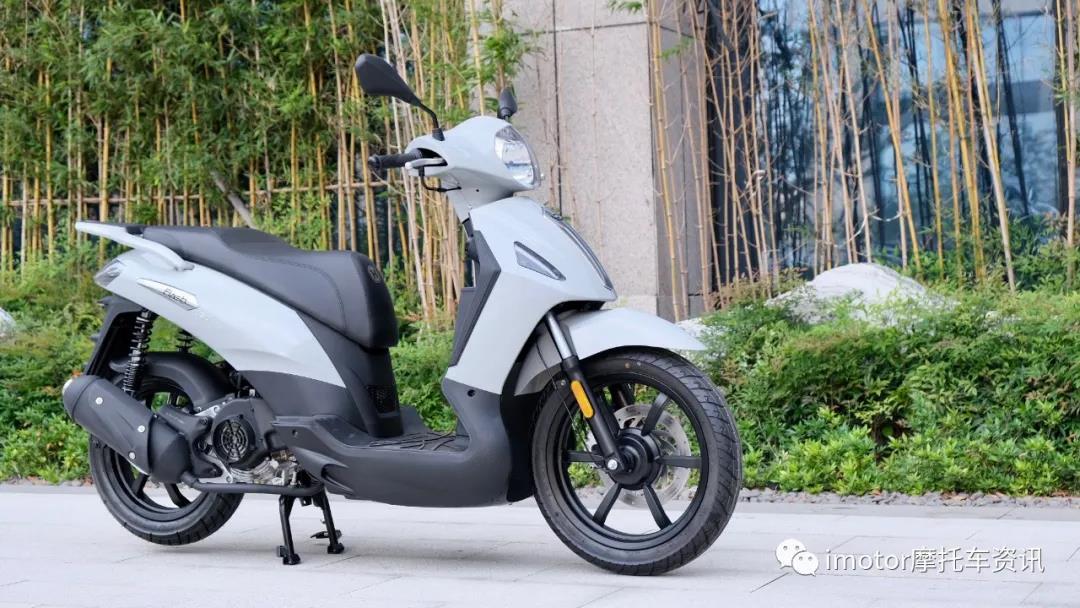 In terms of appearance design, I have to say that at first glance, it is a bit like Liberty 150, but there are still some design concepts of Hanwei. So what are its benefits? Those European sheep are too expensive, and the Flash 150T is more affordable. 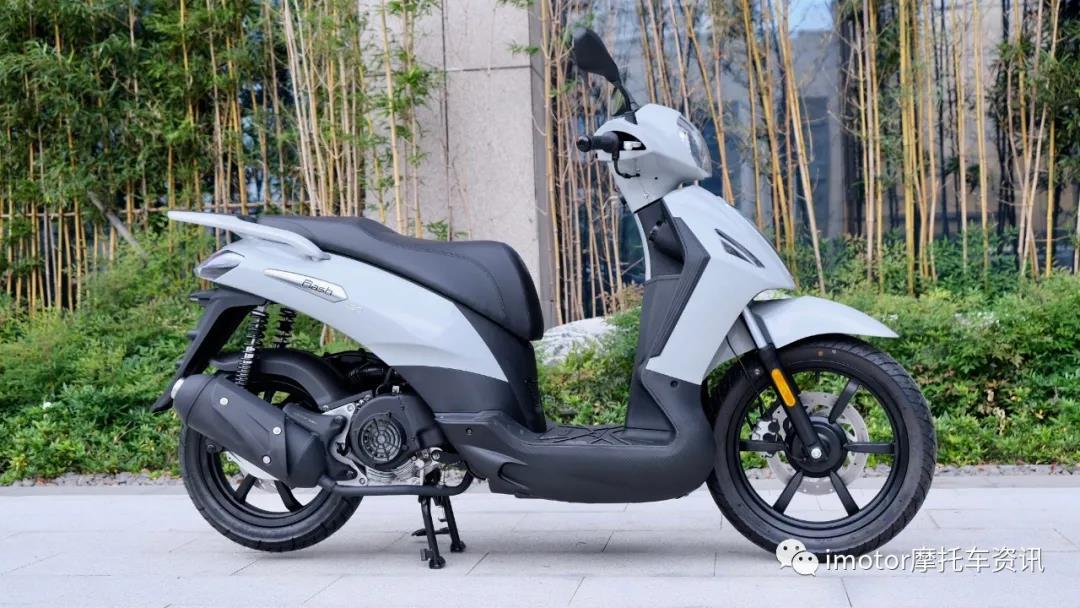 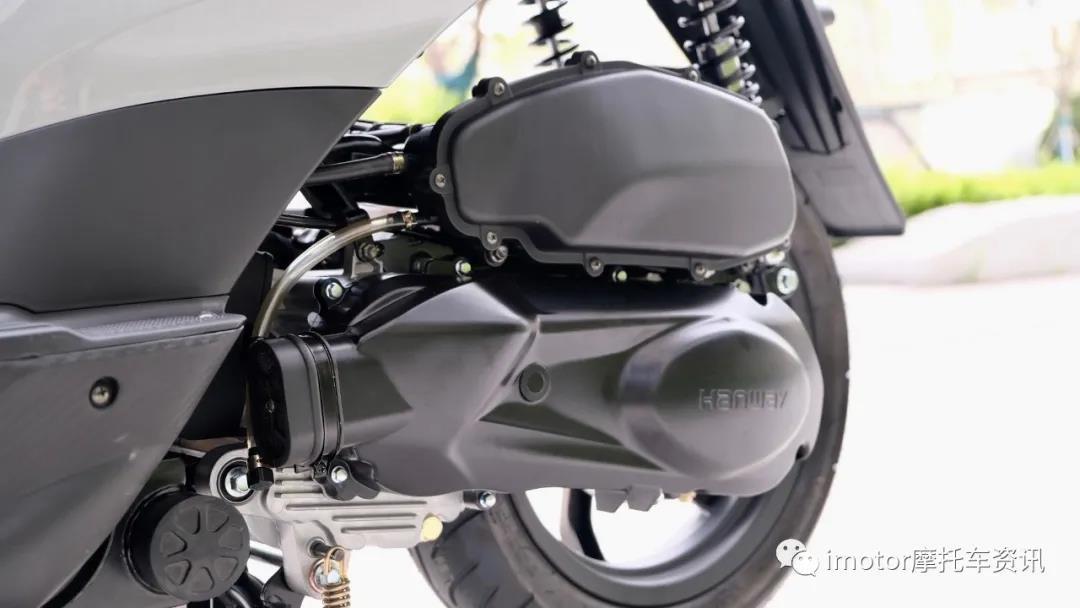 The tires use the setting of front 16 and rear 14. 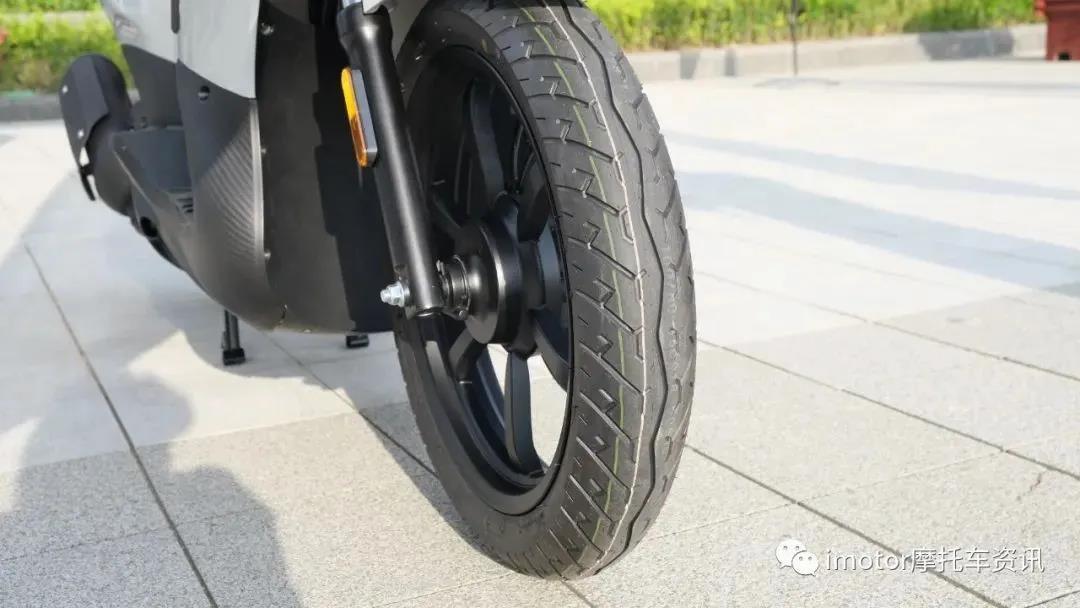 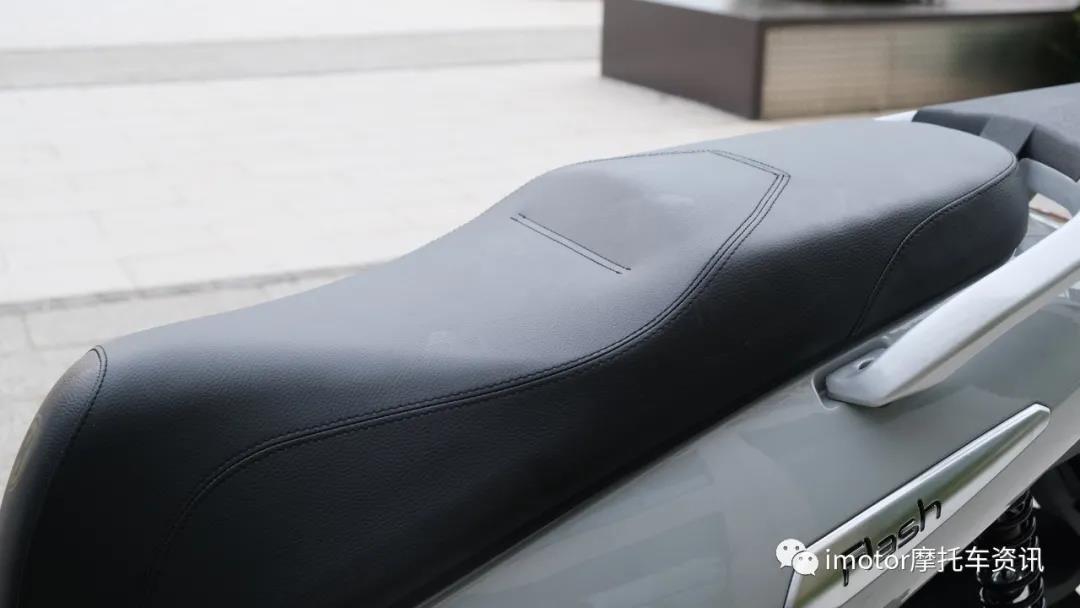 Single disc double piston calipers with cbs.
At present, there are two current situations in Europe: fewer options and expensive prices. Flash 150T has lowered the price and given you more options. What are the disadvantages? The texture of the plastic parts needs to be improved.
Hanwei will also plan to produce 250cc adv models in the second half of the year, and 500cc will also be planned next year. It can be said that Hanwei has made enough plans to return to China and hopes to become a dark horse. However, the current domestic toy car market is rising against the trend. While the motorcycle culture is rising, consumers' vision and appeal are also improving. At present, domestic brands need to pay attention to good quality control and good reputation.